Neurosurgeon, medical director, foundation executive and author Dr. Benjamin Solomon Carson, Sr. was born on September 18, 1951 in Detroit Michigan, to Sonya and Robert Solomon Carson. After the couple separated, Carson and his brother Curtis lived with their mother. Although she worked several jobs at a time, Sonya supported the family and played a tremendous role in shaping the lives of her sons. Upon seeing her sons’ poor performance in school, Sonya required them to read regularly and to present her with weekly book reports, although she herself only had a third grade education and had difficulty reading.

In 1969, Carson graduated with honors as the student “Most likely to succeed,” from Southwestern High School, a public school located in southwest Detroit, Michigan. During his early years, although Carson had improved his grades considerably, he had to overcome his temper. After an incident in which he almost stabbed a friend, Carson made up his mind to change his ways. Upon receiving his high school diploma, Carson attended Yale University, where he would meet his future wife, Lacena “Candy” Rustin. After graduating from Yale University with his B.A. degree in psychology in 1973, he went on to the University of Michigan School of Medicine. After receiving his M.D. degree in 1977, Carson trained at Johns Hopkins University, where he completed his internship in general surgery and his residency in neurological surgery. In 1983, Carson traveled to Perth, Australia to serve as a senior registrar in neurosurgery at Sir Charles Gairdner Hospital. A year later, he returned to Johns Hopkins and by the following year was named Director of Pediatric Neurosurgery. In 1987, through a ground-breaking surgical procedure, Carson successfully separated conjoined twins who were attached at the head.

Outside of his work as a world-renowned surgeon, Carson has been civically active. Using his own life story as a background, Carson has written four motivational books, which include: "Gifted Hands" in 1990, "The Big Picture" in 2000, "Think Big" in 2006, and "Take the Risk: Learning to Identify, Choose, and Live with Acceptable Risk" in 2007. The first of these works served as the inspiration for a film of the same title, in which Cuba Gooding, Jr. plays the role of Carson. Carson has also created three foundations—the Carson Scholars Fund, the Ben Carson Reading Project, and Angels of the Operating Room. He serves on the board of directors of the Kellogg Company and CostCo Wholesale Corporation. In 2008, President George W. Bush presented Carson with the Presidential Medal of Freedom, the nation's highest civilian award.

Dr. Benjamin Carson was interviewed by The HistoryMakers on July 12, 2010.

Trust In The Lord With All Your Heart And Lean Not On Your Own Understanding; In All Your Ways Submit To Him, And He Will Make Your Paths Straight. 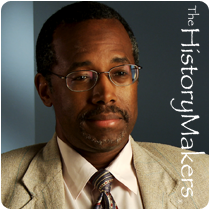 Neurosurgeon and medical director Dr. Benjamin Carson, Sr. (1951 - ) was known for his groundbreaking work in neurosurgery, particularly for the operation he performed in 1987 to separate infant conjoined twins, who were attached at the head.

Tape: 1 Story: 6 - Dr. Benjamin Carson, Sr. describes his parents' personalities and who he takes after

Tape: 3 Story: 2 - Dr. Benjamin Carson, Sr. talks about his relationship with his brother

Tape: 3 Story: 4 - Dr. Benjamin Carson, Sr. talks about his relationship with his wife

Upon retirement from the position of Chief of Neurosurgery in 2001, Canady-Davis moved to Pensacola, Florida with her husband, also retired—a city that he had lived in during part of his career in the Navy. But, after several years of retirement, Canady-Davis was lured back to surgery as a consultant and to a part-time surgical practice at the Sacred Heart Medical Group Hospital.

Canady-Davis has received numerous professional recognitions, including being named Woman of the Year by the American Women’s Medical Association in 1993, as well as being inducted into the Michigan Women’s Hall of Fame. She mentors young people by speaking at high schools in the Pensacola area, hoping that her accomplishments are helping to inspire the dreams of younger generations.

Canady-Davis was interviewed by The HistoryMakers October 16, 2006.

It Is About The Work. 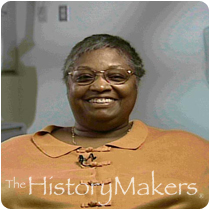 Tape: 2 Story: 5 - Dr. Alexa Canady-Davis describes her experiences at the University of Michigan

Tape: 2 Story: 8 - Dr. Alexa Canady-Davis recalls the start of her career in neurosurgery

Tape: 4 Story: 6 - Dr. Alexa Canady-Davis describes how she would like to be remembered

World-renowned neurosurgeon Dr. Keith Black was born in Tuskegee, Alabama, on September 13, 1957. The younger of two sons born to Robert and Lillian Black, he developed at an early age a passion for science. His parents, noting his interests, encouraged him, and when he was in the third grade, his father brought home a cow’s heart for him to dissect. While in eighth grade, the Black family moved to Ohio, and Black began spending time at the labs at Case Western University. In the tenth grade, young Black had developed enough surgical proficiency to perform his first organ transplant, conducted on a dog, and at seventeen, he wrote his first scientific paper on the damage artificial heart valves can do to red blood cells.

After high school, Black enrolled at the University of Michigan, and after only two years of undergraduate study, he was accepted into medical school in 1978. Black earned his M.D. from the University of Michigan in 1981, where he had begun his intense research into the brain and the nature of human consciousness. This search led him down a spiritual path, where he began to study the religions of the world, and ultimately led him to working to cure brain tumors.

By 1987, Black was the head of the Comprehensive Brain Tumor Program at the UCLA Medical Center, where he remained for the next ten years. In 1997, he became the director of the division of neurosurgery at Cedars-Sinai Medical Center, where he remains today, and in 1998, he became the chairman of the department of neurological surgery as well as a professor at the University of California-Irvine. Over the years, his work has found him publishing hundreds of papers over the years, and he discovered a natural body peptide that helps deliver drugs to the brain to fight tumors.

Black has been instrumental in helping to raise money to fight cancer, and his push has been joined by many notables in Hollywood. Black’s crusade against cancer, and his exceptional skill with the scalpel, have led to numerous honors for him, as well, including appearing on the cover of Time Magazine and Newsweek International. Esquire Magazine named him one of the “21 Most Important People of the 21st Century,” and in 2001, he was presented with an Essence Award.

Black is also a devoted family man, despite performing 250 to 300 operations a year (the national average for brain surgeons is around 100). He reserves his weekends for spending time with his wife, fellow doctor Carol Bennett, and their children, Keith and Teal. 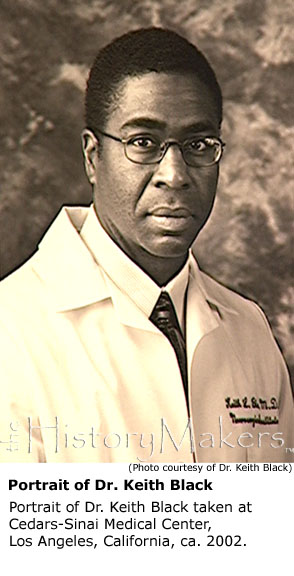 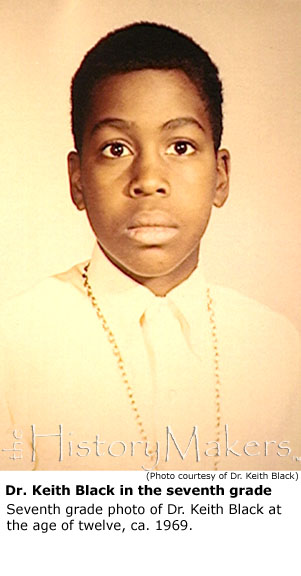 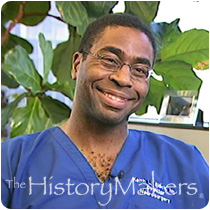 Neurosurgeon Dr. Keith L. Black (1957 - ) is a medical prodigy. In the tenth grade, young Black performed his first organ transplant, conducted on a dog, and at seventeen, he wrote his first scientific paper on the damage artificial heart valves can do to red blood cells. He has been head of the brain tumor program at UCLA, and is now the Director of Neurosurgery at Cedars-Sinai Medical Center and head of the neurosurgery department at UC Irvine.

Tape: 2 Story: 9 - Keith Black discusses his decision to attend the University of Michigan

Tape: 5 Story: 1 - Keith Black discusses his early career at the University of Michigan

Tape: 5 Story: 2 - Keith Black describes his beginnings as faculty of the University of California, Los Angeles

Tape: 6 Story: 4 - Keith Black talks about his hobbies and interests