As a high-ranking member of President Bill Clinton's administration, Zina C. Pierre worked on issues and programs affecting the lives of women, African Americans and small business owners. Born in 1964 in Annapolis, Maryland, and educated at Catholic University of America, Pierre is the founding president and CEO of the Washington Linkage Group, a political lobbying and consulting firm.

Early in her career, Pierre worked in television journalism as a writer, field reporter and producer. She then moved into the government following Clinton's inauguration in 1993 as a speechwriter. She worked in the Labor Department as communications director for the Women's Bureau. In that capacity, she developed public relations strategies and campaigns for informing women of their rights in the workplace. This included a ten-city tour for the "Don't Work in the Dark" initiative.

Pierre was appointed to director of the Small Business Administration. She was responsible for the department's "Welfare to Work" initiative, for which she developed partnerships with public and private entities to hire approximately 200,000 former welfare recipients. In 2000, Pierre worked as one of the highest-ranking African American women in the White House, serving as special assistant to the president on intergovernmental affairs. In that role, she served as a presidential liaison to city and county governments across the country, promoting the presidential agenda on a local level. Pierre also worked to bridge the "digital divide" by making technology accessible to people from low-income backgrounds.

After leaving the White House, Pierre started the Washington Linkage Group. She also served as director of the National Council of Black Mayors Corporate Advisory Council, and as vice chairperson of the Future PAC, a national African American women's political action committee. Pierre is frequently sought out for her views on women's issues and politics, and is the recipient of many awards and commendations. She is an associate pastor at her childhood church in Annapolis and is working on a master's degree in divinity.

At The End Of The Day. 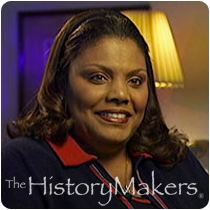 Tape: 1 Story: 5 - Zina Pierre describes her household as a child

Tape: 1 Story: 7 - Zina Pierre describes the sights, sounds, and smells of growing up in Annapolis, Maryland

Tape: 1 Story: 10 - Zina Pierre recalls her interest in religion as a child

Tape: 2 Story: 1 - Zina Pierre talks about moving away from home at age fifteen

Tape: 2 Story: 8 - Zina Pierre describes how she was hired as a communications aide in the Clinton administration

Tape: 2 Story: 10 - Zina Pierre describes working as the Director of the Welfare to Work Initiative at the U.S. Small Business Administration

Tape: 3 Story: 3 - Zina Pierre talks about the challenges of ministry

Tape: 3 Story: 6 - Zina Pierre recalls her first meeting with Bill Clinton as Special Assistant to the President for Intergovernmental Affairs

Tape: 4 Story: 4 - Zina Pierre describes her hopes and concerns for the black community

Tape: 4 Story: 5 - Zina Pierre talks about how she does not have regrets

DATitle
Zina Pierre describes how she was hired as a communications aide in the Clinton administration
Zina Pierre describes the Welfare to Work initiative
Transcript
I had an opportunity to cover the inaugural ball of President [Bill] Clinton. And I was just so enthralled and excited about all of the things that were happening, in terms of this new person who came out of nowhere and became President of the United States, even amidst all of the issues that he was facing then with the allegations that were taking place then.$$This is '92 [1992], right?$$This is '92 [1992]. But I was impressed with him, because he had a message for the people, and it was for all people. And I'll never forget going to, we covered the...There were a number of us that they had... they sent off, News Channel 8 sent off, they sent, provided us with gowns, sent us to a hair salon. And we all split up and went to various balls. And the minute I saw him, I knew I wanted to work for him. It was something about his message that made me feel like I was someone, and that I counted. And so, I'll never forget when someone came to me, it was just by chance. Someone from the administration came to our studio, and I was assigned to escort them back to the studio to be interviewed by one of the anchors. And I just boldly said to the woman, "Do you have a communications or a press office?" And she goes, "Yeah, by chance, yeah, we do." And I said, "I'd love to find out more about that." And so she said, "Well, get me your resume." And I went over to my computer and printed off my resume. And I gave her my resume there, and then I officially sent her a letter and another resume and told them that I was very much interested in being afforded an opportunity for an interview. And that was granted. And so they called me in, I guess, about two months after begging (Laughter) and I had two interviews with two people at the same time. And really, the rest is history. You know, most people's stories are that they worked on the campaign trail, etc., etc. I did a lot of local political stuff in terms of volunteerism and campaign stuff, but never anything on the national level. And so, never in a million years would I have thought that I would have--this little girl from Annapolis, Maryland--would have been working for the President of the United States. And it was a very humbling experience for me.$I was in the story of the Welfare to Work Initiative--$$That's right.$$--and how rewarding it was. I remember we were putting together a videotape to show to businesses... to use as a piece to show businesses the importance of getting involved in the Welfare to Work Initiative, and the benefits of doing so. And we were interviewing several women had surpassed the odds. And one woman was Sarian Bouma. And Sarian became our poster child, because she was a self-made millionaire.$$Can you spell her name for us?$$B-O-U-M-A is the last name. First name is S-A-R-I-A-N.$$She was, she came from Africa?$$Yes, she was African. She came from, I think she came from East Africa. And she came over with a very abusive husband... pregnant... and didn't know a soul in this country, but knew that she had some rights when she got here. And she packed up her bags one day after she had the baby, took the baby along with her to a shelter, went to the House of Ruth, and the rest is sort of history for her. She's... now she owns a thriving multi-million dollar business. It's a cleaning service. A number of her contracts are defense contracts. And she, the great thing that I love about her is that she never forgot where she came from, and she began to hire people off the welfare rolls. In fact, her vice-president would... When I remember her vice-president working for her company she was cleaning bathrooms. And Sarian mentored her all the way up to vice-president of her company. And I remember us interviewing Sarian, and I remember interviewing this one girl, Tamika, who said "People think that we're lazy and we're shiftless. But don't they understand that there is no raise on welfare. And so, if they think that we're living high off the hog every year, that's not true." And it really gave, for me, a different perspective of what I saw, too. Because it... there were points and times where I felt like, "Well, my tax dollars are going to people who can be out here working just like I am." And when I got to understand and know some of the people that actually are on the welfare rolls, many of these women don't want to be on it, and they want the dignity of a paycheck just like anybody else. But there were just circumstances that prevented them from being able to do so.
Subscribe to Government Relations Chief Executive