Entrepreneur George Murray was born on November 24, 1942 in Kansas City, Kansas to Luretta Fielder and Harold Murray. After graduating from Bonner Springs High School in 1960, Murray joined the Air Force, completing his basic training in San Antonio, Texas. He was discharged in 1964 after completing three years’ service in France. Murray received his B.A. degree in business and accounting from Central Missouri State University in 1970, and his M.B.A. degree from the University of Missouri at Kansas City (UMKC) in 1972.

Prior to attending Central Missouri State University, Murray worked at the Kansas City Missouri post office from 1964 to 1967. During his two years at UMKC, he worked part time for the Black Economic Union helping minority businesses develop their accounting systems, marketing strategies, internal controls and management skills. In 1972, Murray joined the accounting firm of Peat, Marwick, Mitchell & Co. in Minneapolis, Minnesota as an accountant on the audit team. Three years later, he moved to Washington, D.C. to work for the Booker T. Washington Foundation where he helped minority local elected officials bring the benefits of cable television franchising to their communities. In 1980, Murray went to work for Curtis McClinton, head of Economic Development Administration's Office of Special Projects in the U.S. Department of Commerce, where he provided loans and loan guarantees to minority businesses including automobile dealerships, restaurant franchises and small manufacturing businesses. Murray was appointed acting assistant secretary for finance for the U.S. Department of Commerce in 1981, controlling over $3 billion in loans and loan guarantees. Murray also founded and operated Majestic Enterprises, a parking management company located in Washington, D.C. In 1985, Murray left the government, sold his parking company and formed G.E. Murray & Associates which became a Midas muffler franchisee in Capitol Heights, Maryland. During the next five years, Murray built two additional franchises, one in Clinton, Maryland and the other in Camp Springs, Maryland. In 1986, Murray founded GE Cellular and began to apply for cellular licenses in selected areas of the country, and was successful in owning two licenses and participating in the ownership of several others. Murray sold the licenses in 1989 and 1990. In the early 1990s, Murray began to purchase buildings alone the H. Street Corridor N.E. in Washington, D.C. He went on to form the real estate development company East Chop, LLC. In 2007, Murray sold his Midas franchises and leased the land and buildings to Midas International.

In 1989, Murray and his wife, Stephanie Phillipps formed the Phillipps-Murray Foundation. The Foundation provides scholarships to minority students in the D.C. metropolitan area. In the 2000s Murray served on the board of City First Bank, which provided credit and financial services to Washington, D.C.'s low and moderate income neighborhoods. Murray was also a member of the National Association of Guardsmen.

George Murray and his wife reside in Washington, D.C. and have two adult children: Sydney Murray and Michael Murray.

George Murray was interviewed by The HistoryMakers on August 25, 2019. 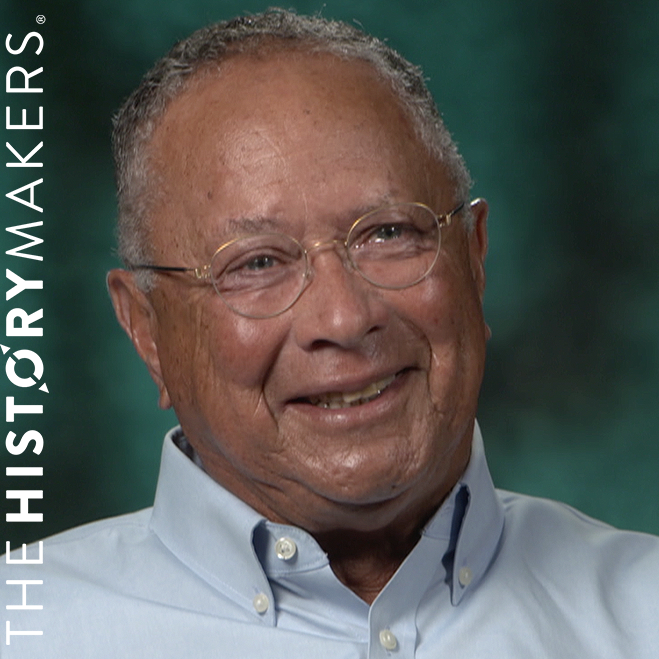 Entrepreneur George Murray (1942- ) was an independent investor in cellular service licenses and developed properties on H Street in Washington, D.C.

Financier Barbara Bowles was born in Nashville, Tennessee, on September 17, 1947. Growing up in racially segregated Nashville, Bowles was an excellent student. She received her B.A. in mathematics with honors from Fisk University in 1968 and then accepted an offer from First National Bank of Chicago to fund her M.B.A. in finance, which she earned in 1971 from the University of Chicago, while working as a management trainee. She was the first African American in the program. Bowles spent over a decade in the investment management area of First National Bank (now Bank One) after she graduated, becoming the first African American woman there promoted to vice president. Bowles moved on to head the investor relations departments at Beatrice Companies, Inc. from 1981 to 1984 and Kraft, Inc. from 1984 to 1989.

In 1989, Bowles became the first African American female equity manager in Chicago when she established the Kenwood Group, Inc. It took six months to win her firm's first client, Quaker Oats. Since then, the Kenwood Group has attracted many other high profile clients, including: Abbott Laboratories, the Field Museum and the Chicago Transit Authority. Bowles' firm manages pension, endowment and public funds, is 100 percent minority-owned and manages assets of nearly $500 million. In 1996, Bowles became the first African American woman to launch a mutual fund with the debut of the Kenwood Growth and Income Fund. Her company has been featured in Crain's Chicago Business, Black Enterprise and various other media.

She is married to Earl Bowles and has one son. 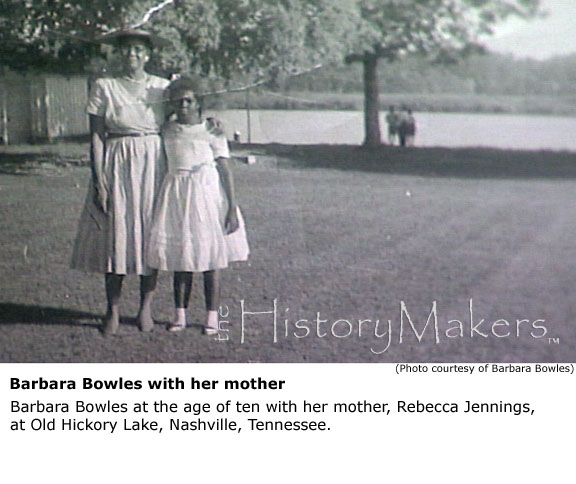 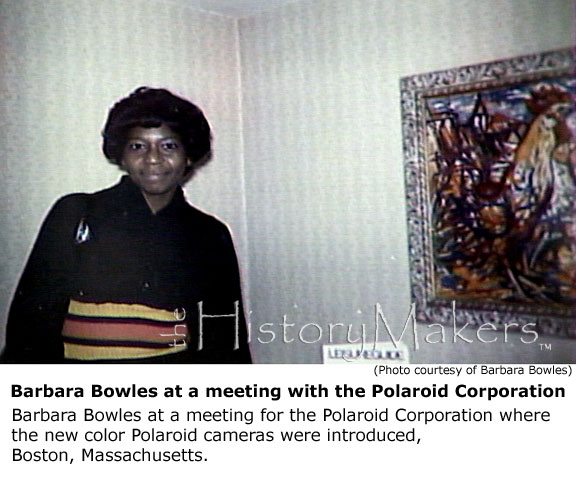 If you believe it and if you work at it, you can achieve it. 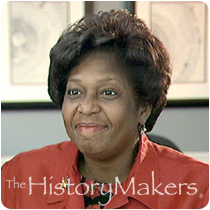 Tape: 1 Story: 4 - Barbara Bowles remembers her neighborhood in Nashville, Tennessee during her childhood

Tape: 1 Story: 5 - Barbara Bowles recalls the schools, teachers and experiences from her childhood in Nashville

Tape: 1 Story: 8 - Barbara Bowles details her experiences at Fisk University and being recruited by IBM

Tape: 1 Story: 9 - Barbara Bowles details her experiences as a young executive at First National Bank of Chicago during the late 1960s

Tape: 2 Story: 3 - Barbara Bowles talks about her transition into a new position at Beatrice Foods International

Tape: 3 Story: 6 - Barbara Bowles comments on her mother's view of her success and how she would like to be remembered