Broadcast journalist Leon Douglas Bibb was born on October 5, 1944 in Butler, Alabama to Georgia and Leon Bibb. At the age of one, his family moved to Cleveland, Ohio, where he grew up and graduated from Glenville High School. Bibb received his B.S. degree in journalism from Bowling Green State University in 1966. He then went on to study radio, TV and film as a graduate student. He also served in the Vietnam War and was awarded a Bronze Star.

In the late 1960s, Bibb worked as a news reporter for The Plain Dealer in Cleveland, Ohio. He was hired as a reporter for WTOL-TV in Toledo, Ohio in 1971, and worked as a news anchor and reporter for WCMH-TV in Columbus, Ohio from 1972 to 1979. In 1976, while at WCMH-TV, Bibb became Ohio’s first African American primetime anchor. Then, in 1979, he moved to WKYC-TV in Cleveland, and was promoted to primary news anchor for the Monday through Friday newscasts in 1986. In 1995, Bibb was hired as a news anchor and reporter for WEWS-TV. He has narrated and hosted many shows at WEWS-TV, including “My Ohio with Leon Bibb,” “Leon Bibb's Perspective,” “Kaleidoscope,” and a series called “Our Hometown.” Bibb has interviewed numerous political leaders and notable figures, including President Barack Obama, President George H. W. Bush, Neil Armstrong, and James Earl Ray, the convicted assassin of Dr. Martin Luther King, Jr. In addition, Bibb has written several short stories and poems, many of which have been published.

Bibb lives in Shaker Heights, Ohio with his wife, Marguerite. They have two daughters: Jennifer and Alison.

Leon Bibb was interviewed by The HistoryMakers on February 13, 2014.

The True Wealth Of A Nation Lies Not In Its Gold And Silver, But In The Knowledge Of Its People. 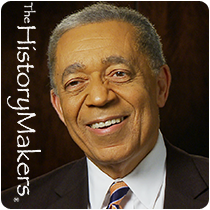 Broadcast journalist Leon Bibb (1944 - ) was the State of Ohio’s first African American primetime anchor. He has received six local Emmy Awards, several Cleveland Press Club citations, the Distinguished Journalist Award from the Society for Professional Journalists, and has been inducted into the Broadcaster's Hall of Fame.

Tape: 1 Story: 4 - Leon Bibb talks about the land in Alabama owned by his maternal family after the Civil War

Tape: 1 Story: 8 - Leon Bibb describes how his father was inspired by his mentor, Mr. Fred, to attend college

Tape: 1 Story: 9 - Leon Bibb talks about his parents' move to Cleveland, Ohio and then back to Alabama

Tape: 2 Story: 3 - Leon Bibb talks about his father's return from World War II and the family's return to Cleveland, Ohio

Tape: 2 Story: 4 - Leon Bibb describes his parents' personalities and who he takes after

Tape: 2 Story: 6 - Leon Bibb shares his memories of moving into a duplex in the Glenville neighborhood of Cleveland, Ohio

Tape: 2 Story: 7 - Leon Bibb describes the sights, sounds, and smells of his childhood

Tape: 2 Story: 8 - Leon Bibb describes his elementary school and a teacher that encouraged him to pursue a career in journalism

Tape: 2 Story: 9 - Leon Bibb recalls the TV and radio shows that influenced him as a child

Tape: 3 Story: 2 - Leon Bibb remembers the murder of Emmett Till and his experience in the South during car trips to Alabama

Tape: 3 Story: 9 - Leon Bibb shares his regrets for quitting his high school theater production of "The Diary of Anne Frank"

Tape: 4 Story: 1 - Leon Bibb recalls those African Americans who were on TV and radio when he grew up and his enjoyment of radio announcers

Tape: 4 Story: 2 - Leon Bibb recalls his favorite radio announcers and the impact they had on him

Tape: 4 Story: 6 - Leon Bibb describes being offered an internship at the Cleveland Call and Post in 1965

Tape: 5 Story: 2 - Leon Bibb talks about the environment for African Americans in Cleveland, Ohio around 1965

Tape: 5 Story: 4 - Leon Bibb describes being drafted into the Fourth Infantry Division of the U.S. Army to fight in the Vietnam War in 1966

Tape: 5 Story: 5 - Leon Bibb describes serving in the Fourth Infantry Division of the U.S. Army during the Vietnam War

Tape: 5 Story: 10 - Leon Bibb talks about his experience as a reporter for WTOL-TV in Toledo, Ohio

Tape: 5 Story: 11 - Leon Bibb recalls being hired as a news anchor at WCMH-TV in Columbus, Ohio

Tape: 6 Story: 1 - Leon Bibb describes his experience as a news anchor at WCMH-TV in Columbus, Ohio

Tape: 6 Story: 9 - Leon Bibb describes the social and political environment in Cleveland, Ohio when he returned in 1979

Tape: 7 Story: 3 - Leon Bibb describes the economic revitalization of Cleveland, Ohio in the 1990s after the construction of Jacobs Field

Tape: 7 Story: 5 - Leon Bibb talks about the opening of the Rock and Roll Hall of Fame and Museum in Cleveland, Ohio

Tape: 7 Story: 6 - Leon Bibb recalls working as a reporter with the U.S. Coast Guard in Bahrain during Operation Desert Shield in 1991

Tape: 8 Story: 3 - Leon Bibb talks about the shows he currently hosts for WEWS-TV in Cleveland, Ohio and interviewing Don King

Tape: 8 Story: 5 - Leon Bibb reflects on his work as his dream job

If I Wake Up In The Morning, It's A Good Day. 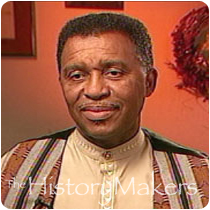 Educator and comedian Carl Ray (1944 - 2014 ) started as an engineer, but later in life used his experience of personal tragedy and racial injustice as inspiration for a play, motivational speaking, stand-up comedy and his work in education with African American youth. He and wife Brenda ran a school in the Bay area, and organize college tours to encourage wider enrollment of African American students.

Tape: 1 Story: 7 - Carl Ray talks about his experience having polio as a child

Tape: 1 Story: 9 - Carl Ray describes the sights, sounds and smells of his childhood

Tape: 1 Story: 11 - Carl Ray describes the community where he grew up

Tape: 2 Story: 4 - Carl Ray describes the opportunities available to black engineers in 1967 and his starting work at Lockheed Corporation

Tape: 2 Story: 8 - Carl Ray reflects upon how he felt after his father's murder

Tape: 2 Story: 9 - Carl Ray talks about his experience after the trial for his father's murder

Tape: 3 Story: 6 - Carl Ray describes his start at the Lockheed Corporation in 1967

Tape: 3 Story: 7 - Carl Ray describes his experiences with racism at the Lockheed Corporation

Tape: 4 Story: 3 - Carl Ray talks about how he lost his interest in comedy

Tape: 4 Story: 6 - Carl Ray lists some of his favorite comedians