Any place with a golf course. 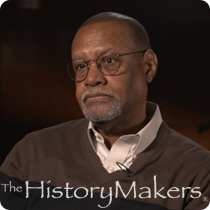 Government and academic administrator Richard Roper (1945 - ) was assistant dean of Graduate Career Services and Government Relations at Princeton University and retired from the Port Authority of New York and New Jersey as director of planning in 2010.

Hall (then Jennings) attended segregated schools, but does not remember experiencing racial tension. She had a gift for playing the piano, and served as her church's organist. Hall attended Bethune-Cookman College and, in her thirties, Hall and her husband moved to Bradenton, Florida and separated. Discovering Bradenton was terribly prejudiced, Hall and four other activists formed the Biracial Committee with the support of Mayor A. Sterling Hall. Mayor Hall worked to end some of Bradenton's Jim Crow laws, including separate water fountains, and swore that no lynchings would occur during his administration. Even with the mayor's assistance, however, the Committee was largely unable to integrate business establishments.

Evangeline Hall spent 47 years working in the insurance industry for Central Life Insurance. She became an agent and an assistant manager before becoming the company's first female African American manager. She was also the first black woman to serve as the president of the local Democratic Party. As a member of the League of Women Voters, Hall registered people to vote for many years. Mayor A. Sterling Hall awarded Evangeline Hall the key to the city in recognition of her accomplishments.

Service Is The Price You Pay For Occupying Your Space On Earth. 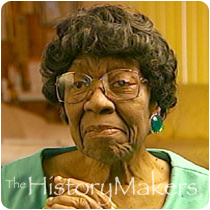 Tape: 1 Story: 5 - Evangeline Hall describes her father and her mother

Tape: 1 Story: 8 - Evangeline Hall describes her neighborhood growing up with her family

Tape: 1 Story: 9 - Evangeline Hall describes herself as a child

Tape: 1 Story: 12 - Evangeline Hall talks about her elementary and high school teachers' influence on her

Tape: 2 Story: 2 - Evangeline Hall talks about the racism in Bradenton, Florida, in the 1940s

Tape: 2 Story: 6 - Evangeline Hall describes being in a leadership position as a black woman in business in the 1950s

Tape: 2 Story: 7 - Evangeline Hall talks about founding the Bi-Racial Committee of Bradenton, Florida in the 1950s

Tape: 2 Story: 9 - Evangeline Hall talks about her role as a civic and business leader

Tape: 2 Story: 11 - Evangeline Hall describes her role as president of the Women's Democratic Party of Manatee County, Florida in 1976

Tape: 3 Story: 3 - Evangeline Hall talks about the community she worked for at Central Life Insurance

Tape: 3 Story: 7 - Evangeline Hall reflects on the changes in her community since the 1940s

Tape: 3 Story: 8 - Evangeline Hall describes her hopes and concerns for the black community

Tape: 3 Story: 10 - Evangeline Hall describes what she wants her legacy to be

DATitle
Evangeline Hall talks about founding the Bi-Racial Committee of Bradenton, Florida in the 1950s
Evangeline Hall describes her role as president of the Women's Democratic Party of Manatee County, Florida in 1976
Transcript
Now, tell me how the Bi-Racial Council [Committee] was founded and put together.$$Bi-Racial Council?$$(Inaudible response).$$Sterling Hall--Mayor Sterling Hall--I was born and reared in DeLand [Florida] and he was born and reared in Sanford [Florida], and if you know the community you know how close they are. He told us, when he had us together and tryin' to get this Bi-Racial Committee formed, that in his boyhood days, he saw something happen that he said would never happen if he ever became a mayor. He say under his father's mayorship at Sanford [Florida] there was a lynching, and they were black people; and he said if he ever was a mayor, it would never happen under him, and it didn't. They accused a man--this church right down here (POINTING) at the end of this church--poor fellow, highly Christian man, they accused him, talkin' 'bout he had molested a white girl; that man hadn't bit more molested a white girl than a rabbit, and Mayor [Sterling] Hall got a group of people--you know where he hid him? Right over in Tampa [Florida]. He said he wasn't gon' let the [Ku Klux] Klans kill that man, an innocent man--it'll be on his hands. He tol' me where he was; he said, "I'm tellin' you Miss Hall 'cause I've explained to you 'bout my daddy's condition--what happened to him." He said, "and I'm not gon' let it happen." He said, "And I know you won't give 'em"--I had to beg him to tell me where they hid him. He didn't wanna do it but he did it reluctantly. Then he found out that I could keep secrets, and you see what he did? Gave me the Key to the City [Bradenton, Florida]. I didn't tell it, I wasn't gon' tell it. What would that profit me to go tell it? And he doin' somethin' to favor that man? He hid him right here in his own backyard, right there in Tampa [Florida]. They woulda carried him down that courthouse and lynched him for something he didn't do--an old, old Christian man.$$Were the [Ku Klux] Klan active in Bradenton [Florida] at that time?$$Hmm?$$Was the [Ku Klux] Klan active--The Ku Klux Klan, were they active in Bradenton [Florida]?$$Oh, yes, oh, Lord, yes, um-hum, um-hum; and they woulda, they woulda, they woulda thrown him 'cross that courthouse yard--lawn sho' as I'm sittin' here. He [Mayor Sterling Hall] said it wasn't--he said when he was a boy, he said if it ever--if he ever became a mayor, it would never happen under him, and it didn't either. He slipped that man outta here in the night and hid him right in his own backyard, right there to Tampa [Florida]. Um-hum, had that man (unclear); he died a natural death like anybody else when time; he didn't ever come back here, but he did that, that [Mayor] Sterling Hall up there--he did that.$Now, you've become--you take a turn and start becoming extremely politically active, and you become the first African-American woman--President of the Women's Democratic Party [1976] (simultaneous)-$$(Simultaneous)--Right, right.$$Talk about how that comes about--how you get to that.$$Well, there was a lady here--I don't think that lady know what prejudice was--Mary Mulvey (ph.)--and that's what hurts me to my bones today. She was the first woman that served on the school board, and until just in recent years, they've had women serving, but she was the first and served for years, and they haven't named a school in this county after her. Anyway, she recruited me; I would go and she would--"'Vangeline"--she say, "'Vangeline, please, why don't you take an office here?" I say, "I don't want one in this same area; I don't want it." I say, "You see how it is there." She said, "You bigger than that; look over that junk. Come on, 'Vangeline." And she kept on 'til I just gave in to her. I don't regret it; I'm glad I listened to her. She just insisted; she wouldn't take 'no' for an answer, so I joined the Democratic Women's Club. When I joined, then they elected me for what--treasurer; that was the first thing they elected me for--treasurer. I served that, then they elected me for vice president; I served that. Then they elected me for the president [1976]. The League of Women Voters did the same way; only thing, they had their little prejudices in another way, you know what I mean? But I served the League of Women Voters as their treasurer; I served as a member for years. I would get to these different stores where I was assigned and take [voter] registrations on Saturdays and--Fridays and Saturdays 'cause I closed my office reports on Thursdays, and that would leave me Friday free to work for them and I'd go out and sit in front of these stores, whatever store that they said I was assigned to, and register people to vote. I did that for years; I enjoyed it. I enjoyed it.$$We're gonna change the tape right now.
Subscribe to DeLand