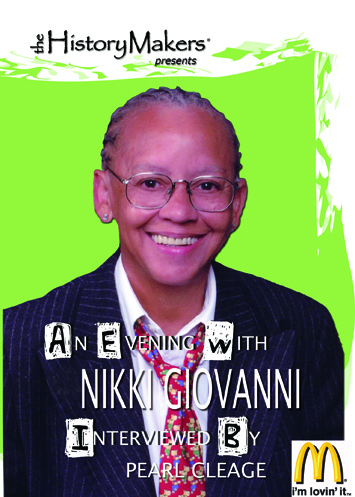 $19.99
An Evening With Nikki Giovanni 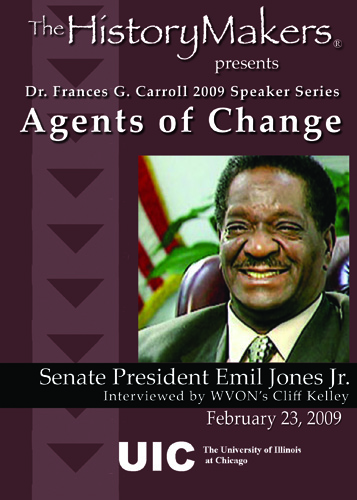 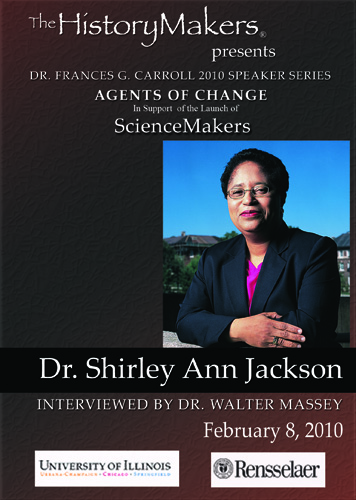 The HistoryMakers and the University of Illinois collaborate again to produce another event in the Agents of Change Speaker Series featuring Shirley Ann Jackson. Physicist and President of Rensselaer Polytechnic Institute, Dr. Shirley Ann Jackson was interviewed by fellow physicist and former President of Morehouse College, Dr. Walter E. Massey on Monday, February 8, 2010 on the campus of the University of Illinois-Chicago (750 S. Halsted Street) in the Illinois Room of Student Center East. A reception was held at 5:30 p.m., with free food, and the program began at 6:30 p.m. This event was open to public. 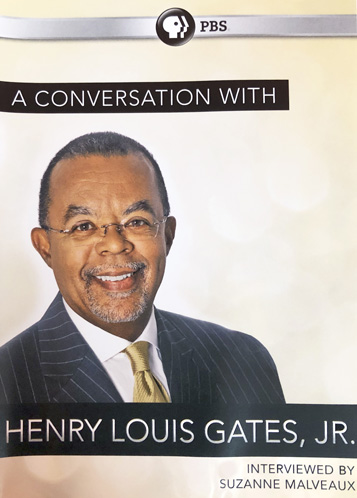 A Conversation With Henry Louis "Skip" Gates, Jr. is a live to tape interview program featuring Henry Louis "Skip" Gates, Jr. being interviewed by CNN reporter Suzanne Malveaux. The taping occured on February 18, 2010 at the West Virginia Cultural Center in Charleston, West Virginia. The Harvard professor was interviewed about his life and experiences including growing up in West Virginia and his trip to the White House to meet with President Barack Obama. The interview was taped to air on PBS-TV. The event's title sponsor is Verizon. 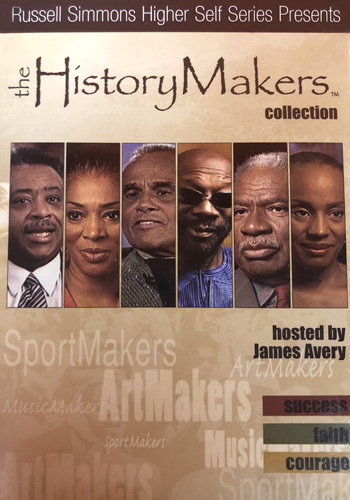 Faith has been known to move mountains, and this can be attested to by the African American luminaries featured in the second volume of the HISTORY MAKERS series. The struggles of those in the Black community to achieve their hopes and dreams can be monumental, but this documentary is an inspirational testament to the possibilities inherent in keeping dreams alive on the way to overcoming obstacles. The spiritual depth of ESSENCE MAGAZINE editorial director Susan L. Taylor--who also pens the "In the Spirit" column each month--is apparent in the story of her rise to success. Faith has supported the advancement of artists and visionaries as diverse as actress Kim Fields (THE FACTS OF LIFE), Reverend Al Sharpton, and blues legend BB King, all of whom share a belief in themselves, their community, and the betterment of humanity. Delivering a positive message tempered by the harsh realities faced by the Black diaspora, FAITH illustrates the power of unshakeable belief in a world full of stumbling blocks.

Experience the true personification of courage as Russell Simmons' Higher Self Series brings home the tales of African-American icons who refused to take no for an answer and forever altered the course of American history. From Harry Belafonte's valiant efforts to reveal the truth during the civil-rights and anti-apartheid movements to the barriers that Vernon Jordan overcame to join America's elite circle of power, the stories are all here -- and told by the people who experienced the remarkable struggles firsthand. With ten other tales of triumph, including the remarkable stories of Nikki Giovanni, B.B. King, and Angela Davis, this inspirational release shows that even in the face of insurmountable odds, the will to overcome will always triumph.

Through a series of real life stories and experiences, this documentary chronicles the long road to success that many well-known and unsung African American history-makers. 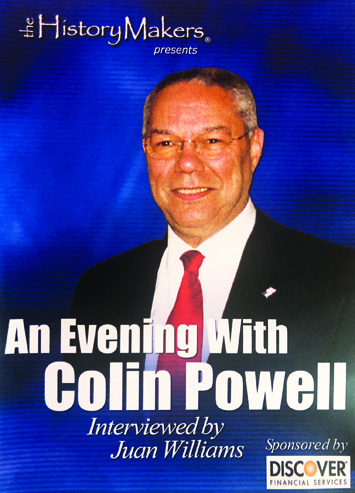 Take a journey through history with decorated U.S. Army general and former U.S. Secretary of State Colin Powell.  Taped in front of a live audience in Washington, D.C. at George Washington University on April 29, 2006, journalist and political commentator Juan Williams interviews General Powell about his life and military service.  Gen. Powell opens about his upbringing and Caribbean heritage and shares stories on his life as a soldier and his historical appointment as the first African American United States Secretary of State.  Full of engaging insight into Gen. Powells illustrious career and the historical contributions of African Americans in the military, this program will continue to inspire you and generations to come.  Order your copy of this historic program on DVD today! 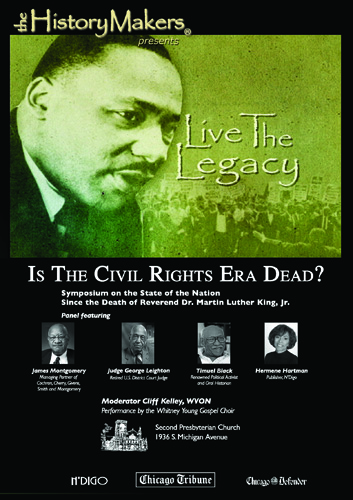 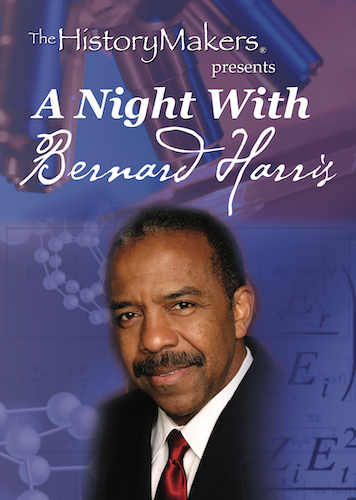 A Night With Bernard Harris offers a fascinating, intimate look at a scientist, philanthropist, and trail blazer.  Bernard Harris was the first African American to complete a spacewalk for NASA.  NPR Correspondent Corey Dade interviews Bernard Harris about his life and work in this live-to-tape PBS-TV presentation. 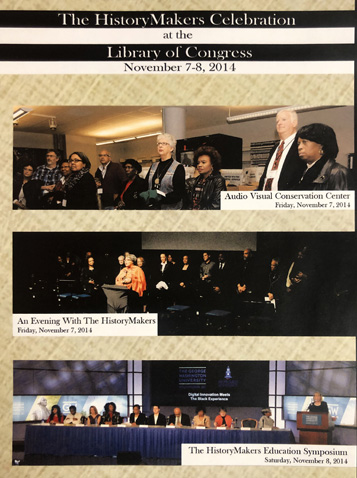 $19.99
The HistoryMakers Library of Congress Celebration 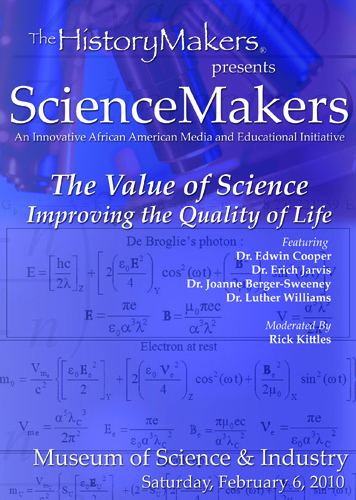 $19.99
ScienceMakers: The Value of Science: Improving The Quality of Life

The Value of Science: Improving The Quality of Life discusses the human body, the brain, and the biology behind living things. The scientists each presented a slideshow of their work before answering questions as a panel about their life, their work, and their accomplishments. Each answered questions about failures and successes in their careers, why they wanted to be a scientist, and what it takes to be a truly great scientist. The program was moderated by Rick Kittles of the College of Medicine at the University of Illinois. The Museum of Science & Industry was one of ScienceMakers' science centers partners in 2010. The featured scientists included: Joanne Berger-Sweeney, Professor of Neurbiology, Wellesley College, Edwin Cooper, Professor of Immunobiology, UCLA, Erich Jarvis, Professor of Neurobiology, Duke University and Luther Williams, Biologist, Tuskegee University.