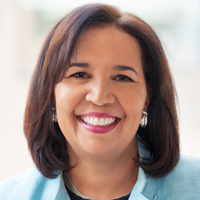 Antoinette Cook Bush is Executive Vice President and Global Head of Government Affairs at News Corp. Ms. Bush joined the new News Corp from Skadden, Arps, Meagher & Flom LLP, where, over her nearly 20-year tenure, she rose to become the Partner in charge of its Communications Group. In this role, she represented leading media/entertainment and telecom entities in regulatory, legislative and transactional matters. Ms. Bush also served as Executive Vice President of Northpoint Technology Ltd. from 2001 to 2003. Prior to her first stint at Skadden, Arps, Ms. Bush served as Senior Counsel to the Communications Subcommittee of the U.S. Senate Commerce, Science and Transportation Committee, which has oversight for the Federal Communications Commission (FCC), and the National Telecommunications and Information Administration. In this role, she was the principal staff person responsible for legislation involving communications issues, including the Cable Television Act of 1992. From 1981 until she joined the U.S. Senate Committee staff, Ms. Bush practiced communications law in Washington, D.C.