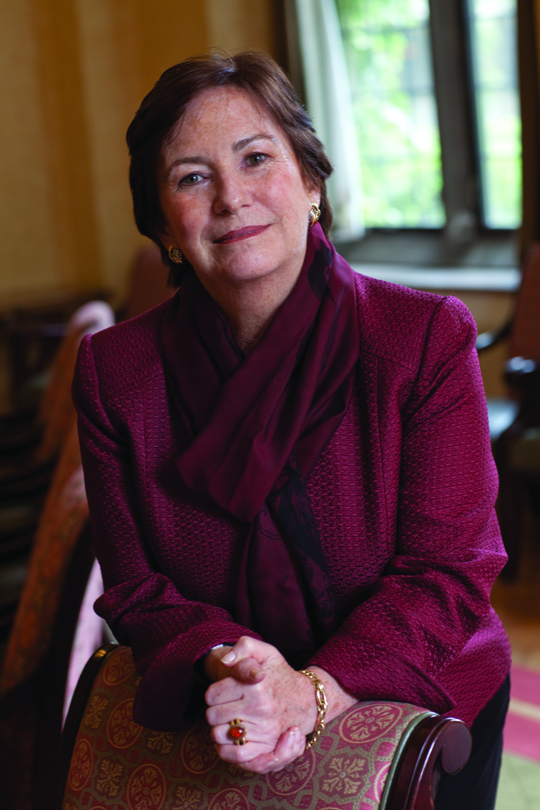 Donna M. Carroll is in her 23rd year as president of Dominican University, a comprehensive Catholic university of 3,600 students, located 10 miles west of Chicago. She is the first lay president of the institution, which was founded in 1901 by the Sinsinawa Dominican Sisters

Prior to her appointment at Dominican, Dr. Carroll served as Secretary of the University at Fordham University (NYC), and Vice President, Dean of the College and Dean of Students at Mount Vernon College in Washington, D.C.

Dr. Carroll has presided over a period of tremendous growth at Dominican University—in size, quality, and stability. During her tenure, the full-time faculty has doubled, new schools and programs have been established, the operating budget increased four-fold, two campaigns raised almost $100 million in new assets and the physical plant expanded significantly, including the purchase of a second campus. In 2013, the university welcomed more new undergraduates than the total undergraduate enrollment when Dr. Carroll was appointed in 1994.

Named one of 20 Chicago “Women to Watch in 2010” by Crain’s Chicago Business, Dr. Carroll also is identified regularly as one of the “100 Women of Influence” by Today’s Chicago Woman and was listed among the top ten women in education by the Chicago Sun-Times. In March 2013, she was honored as a “Woman of Purpose” by Womenetics. In addition, Dr. Carroll is the recipient of the CEO Leadership Award from the Council for Advancement and Support of Education.

An outspoken advocate for immigration reform and the rights of undocumented students, Dr. Carroll, on behalf of Dominican University, was honored with the 2012 Community Change Maker Award from P.A.S.O., a community-based social justice organization dedicated to serving Latino youth and their parents in Chicago’s western suburbs. In 2013, she received “Strangers No Longer” Award from the Archdiocese of Chicago. She recently was honored with the “Moral Courage” Award from Faith in Public Life.

Dr. Carroll chairs the board of the Immigration Ministry Office of the Archdiocese of Chicago, is a member of the executive committee on the School Board of the Archdiocese, and is in her third term as a director of Rush Oak Park Hospital. She also currently serves on the boards of Fordham University, Interfaith Youth Core, and Cristo Rey Jesuit High School. She is a member of The Chicago Network and the Economic Club of Chicago.

Dr. Carroll received her bachelor’s degree in English from Wellesley College and master and doctoral degrees in higher education administration and counseling from the University of Cincinnati. She is a graduate of the Harvard Institute for Educational Management, and Leadership Washington. Dr. Carroll also writes and lectures widely on topics related to higher education, leadership and vocation.