The Bay Area Launch of ScienceMakers kicked off with a short program featuring Dr. William A. Lester, Jr. and Dr. Robert "Pete" Bragg, Jr. of the University of California, Berkeley. While separated in years, the scientists discussed the similarities in their experiences as African American scientists in Chicago, Illinois and the Bay Area in California.   The panel was moderated by Julieanna Richardson, Executive Director of The HistoryMakers.  The Lawrence Hall of Science was one of ScienceMakers' science center partners in 2010. 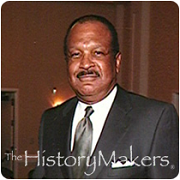 William A. Lester, Jr. was born on April 24, 1937 in Chicago, Illinois. He received his B.S. degree and master’s degree in theoretical chemistry from the University of Chicago and a Ph.D. degree from The Catholic University of America in Washington, D.C. After earning his Ph.D. degree, he worked at the National Bureau of Standards and the University of Wisconsin in Madison.  The IBM Corporation hired him to work at its research laboratory in San Jose, California. He was a director of the National Resource for Computation in Chemistry. He later joined the faculty of the University of California at Berkeley as Professor of Chemistry. He has published over two hundred papers in his field. Lester has received numerous honors for his research and teaching. He is a member of several professional organizations. 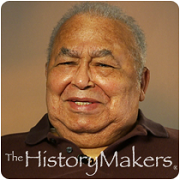 Physicist and engineer Robert Bragg was born on August 11, 1919.  Following his service in World War II, Bragg received his B.S. and M.S. degrees in physics from the Illinois Institute of Technology (IIT) in 1949 and 1951, respectively.  Shortly after, Bragg was hired by the Portland Cement Association Research Laboratory where he became an expert in x-ray crystallography and x-ray diffraction.  Bragg finished his Ph.D. program at IIT in 1960 with his degree in physics.  He was then hired by Lockheed Martin Missile and Space where he worked for nine years before joining the faculty of the University of California, Berkeley in 1969.  While there, Bragg served as chair of the materials science and engineering department from 1978 to 1981.  He was named professor emeritus at the University of California, Berkeley upon his retirement in 1987, and he became a fellow of the National Society of Black Physicists in 1995.  Bragg passed away in 2017.