Each of the HistoryMakers featured in The HistoryMakers Digital Archive are separated into fifteen distinct categories (i.e. – Art, Civics, Education, Law, Religion, STEM, etc.), and the corpus is searchable by subject and keyword, in addition to an innovative inferential indexing system. The life stories and experiences of the individual HistoryMakers interviewed for The HistoryMakers Collection show the vast diversity of African American contribution and achievement in America, and abroad. They span a broad range in terms of education, economic and social status, political affiliations and religious beliefs; they exhibit origins ranging from New England to Hawaii; and they share personal and family memories stretching from the 1700s to the present. Also found in the collection are thousands of little known histories: Blacks on Wall Street; Blacks in Hollywood; Black scientists, and others. They include: 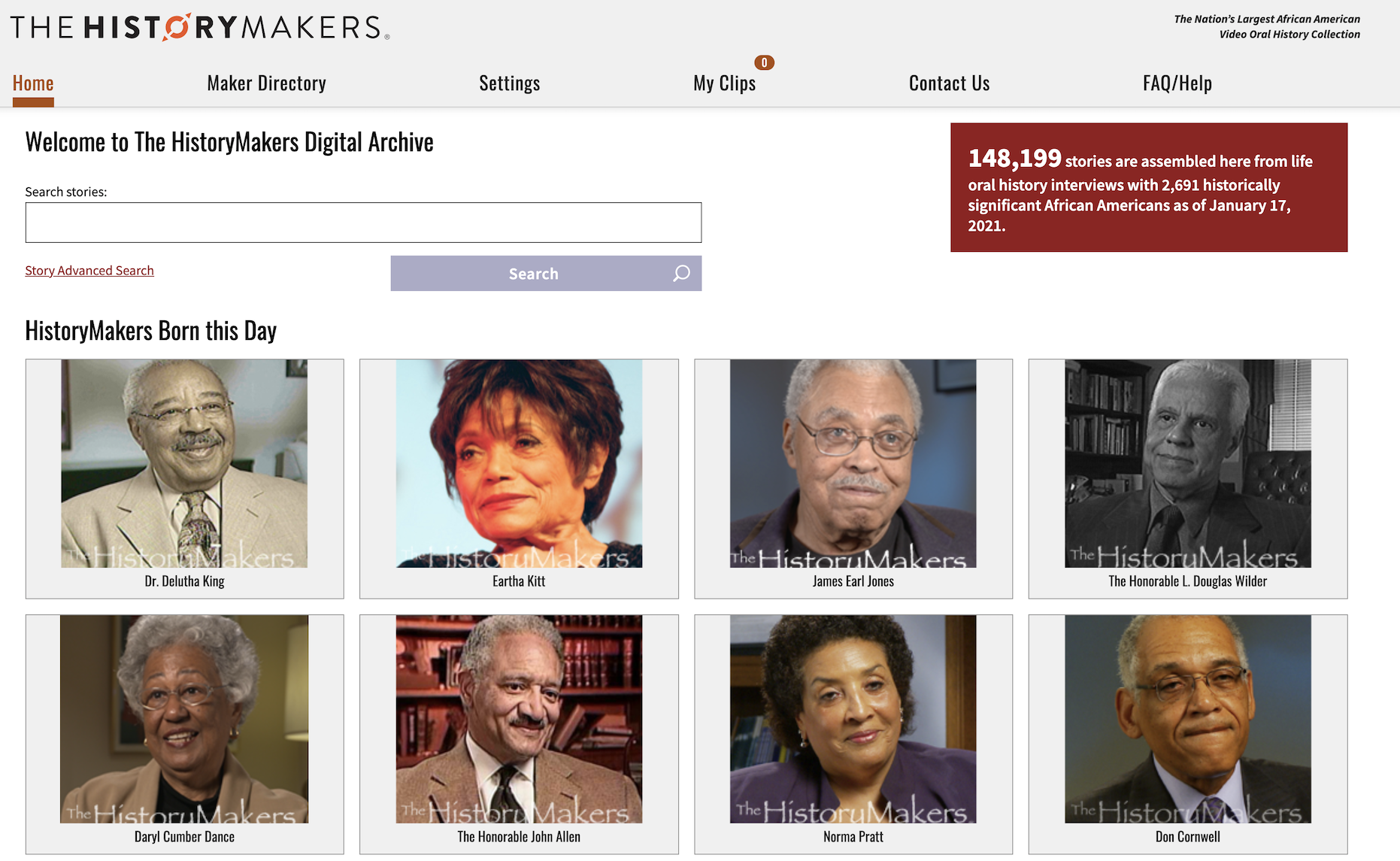 The ScienceMakers Digital Archive contains videotaped life oral history interviews with 213 of the nation's top African American scientists including NASA mathematician Katherine Johnson who was featured in the Hollywood movie “Hidden Figures” and atmospheric scientist Dr. Warren Washington, one of the leading experts in climate change. With $2.3 million in funding from the National Science Foundation, the ScienceMakers interviews were completed in the scientists’ homes, offices or laboratories. Representing the fields of science, technology, and mathematics, the resulting collection is now the largest video oral history collection of African American scientists in the world.

There is NO cost to access the ScienceMakers Digital Archive as long as you become a free member. 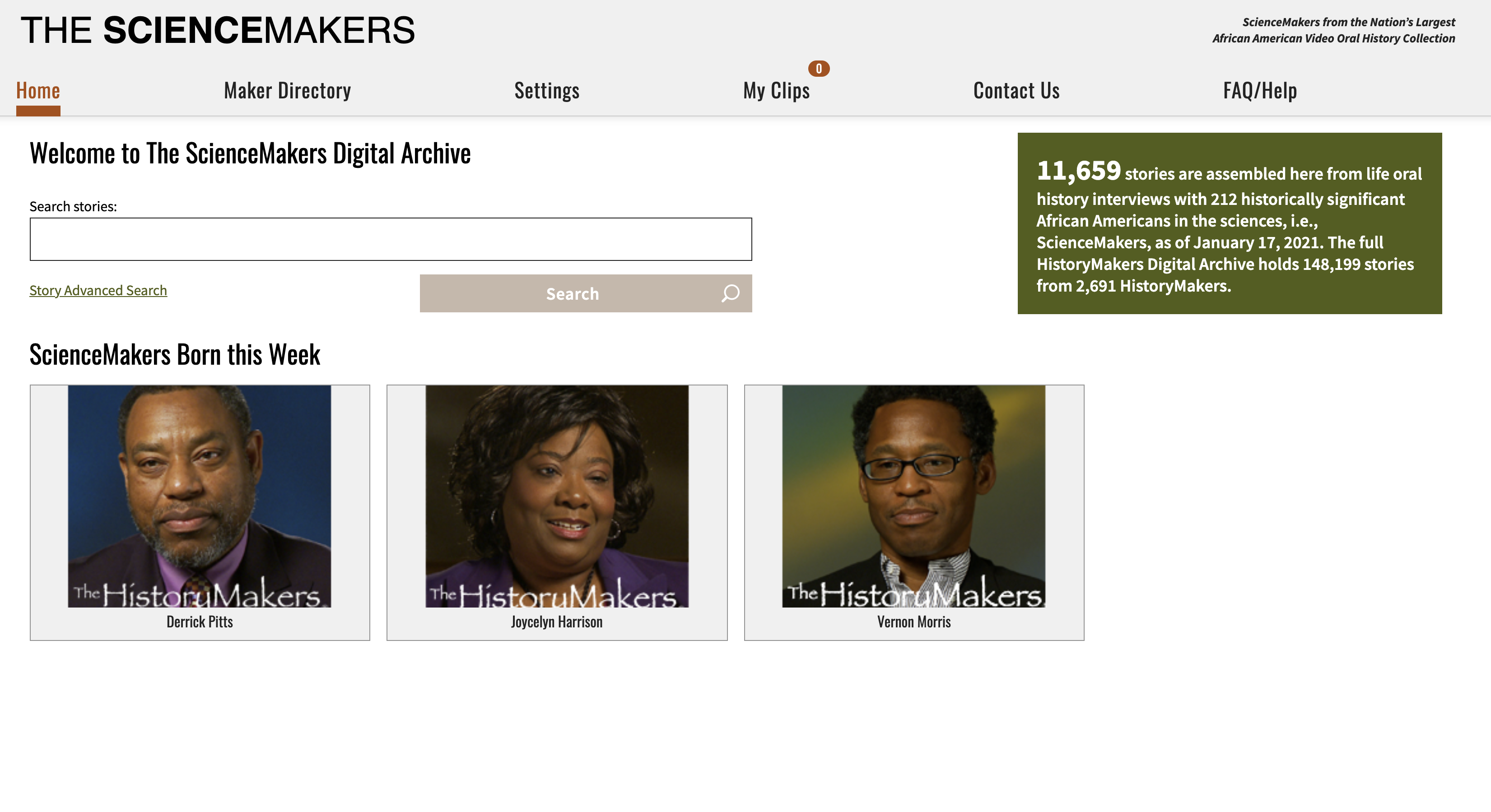