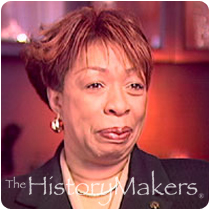 Campbell began her professional career at Malcolm X College, where she served as the assistant dean of student support services from 1974 to 1977, before going on to become an instructor of English and communications; a position she held until 1982. In 1983, Campbell was hired by Harold Washington College as an assistant professor of English, where she remained until 1987. Turning fully to administration that same year, Campbell became the associate vice chancellor for liberal arts and sciences at the City Colleges of Chicago. In 1989, Campbell returned to Malcolm X to become the vice president of academic affairs; by 1992 she had risen to the position of president of the school. Under Campbell's leadership, Malcolm X received a number of awards for teaching, including the 1997 Award for Excellence in Workforce Preparation from the Illinois Community College Board. During the course of her career, Campbell also negotiated with local businesses and organizations for increased funding for scholarships.

Campbell received numerous other awards, including the Outstanding Woman Award from Harold Washington College in 1999; the 1998 Outstanding Educator Award from the 7th Congressional District; and being listed as one of 100 People 'N' The Know by N'Digo. Campbell also held membership in the National Association of Female Executives and numerous other professional and civic organizations, both local and national in scope.