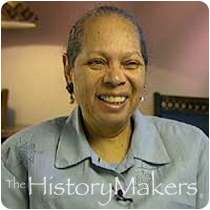 See how Yvonne Seon is related to other HistoryMakers

Born in Washington, D.C., on December 20, 1937, Yvonne Seon graduated as salutatorian of her class at Paul Laurence Dunbar High School in Washington, D.C. Seon received a B.A. with honors from Allegheny College in 1959. She attended the American University as a Woodrow Wilson Fellow and in 1960 earned her M.A. in political science. That same year, she met Patrice Lumumba, leader of the newly independent Congo, on his only visit to the United States. The dynamic African leader offered Seon a job in his new government. Proficient in French, and with a keen interest in Africa, Seon accepted and served as secretary of the Inga Dam project for two years. She also served in a State Department delegation to a UNESCO conference in Paris. In 1966, Seon attended the First African Festival of the Arts held in Dakar, Senegal.

While in school at Union Graduate School, Seon became the first director of the Bolinga Black Cultural Resource Center at Wright State University. She returned to Washington, D.C., in 1972 to work for Congressman Howard Diggs. She became one of the first contributors to Africare, an American-based aid organization to Africa. By 1977, Seon was the first woman to serve on Africare's board of directors, and in 2002 she became its first vice chairwoman. When still a graduate student, Seon was drawn to the Unitarian Universalist Church, and was later ordained as a minister. Seon currently works as an associate professor of history at Prince George's Community College in Largo, Maryland, and resides in Cheverly, Maryland.

See how Yvonne Seon is related to other HistoryMakers
Click Here To Explore The Archive Today!