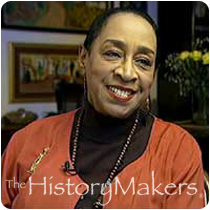 Policy scholar Yvonne Scruggs-Leftwich is one of the most important intellectual leaders of the modern civil rights movement. Born in Niagara Falls, New York, on June 24, 1933, Scruggs-Leftwich is the executive director and chief operating officer of the Black Leadership Forum.

Scruggs-Leftwich grew up in Buffalo and earned her B.A. with honors from North Carolina Central University. She holds an advanced degree in public administration from the University of Minnesota and received her Ph.D. from the University of Pennsylvania in city and regional planning and urban policy. Her research and opinions on issues of race, public policy and social justice have caught the attention of many. In addition to professorships at Howard University, the State University of New York, the University of Pennsylvania and George Washington University, Scruggs-Leftwich has served in several policymaking capacities at various levels of government. Previously she worked as deputy mayor of Philadelphia, housing commissioner for the state of New York, and deputy assistant secretary of the Department of Housing and Urban Development. Scruggs-Leftwich also co-owned three banking corporations in New York and has consulted on matters of municipal finance. She is in demand as a speaker on a number of issues.

In 1998, Scruggs-Leftwich became the leader of the Black Leadership Forum, a coalition of national civil rights and service organizations. Scruggs-Leftwich helps facilitate dialogue among top African Americans and across racial lines, becoming one of the preeminent thinkers and speakers on black leadership and urban politics. Among her many publications are Consensus and Compromise: The Making of National Urban Policy, Sound Bites of Protest and Standing with My Fist. Scruggs-Leftwich works as a commentator on News Hour with Jim Lehrer, writes a syndicated column for the National Newspaper Association, and frequently appears as a guest on public affairs and news programs. Scruggs-Leftwich was also the recipient of a prestigious Fulbright Fellowship for graduate study in Germany.

See how Yvonne Scruggs-Leftwich is related to other HistoryMakers
Donate Now
Click Here To Explore The Archive Today!