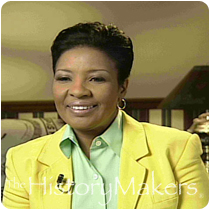 Yvonne Sanders-Butler was born on November 27, 1957 in Vaughan, Mississippi. Sanders-Butler is the daughter of Ruthie and West Sanders, and the stepdaughter of Otis Lee Sly. Educated in the Durant Public School System and graduating from high school in 1975, she received her B.S. degree in communications from Jackson State University in 1979, her M.A. degree in counseling from West Georgia College in 1992 and her Ph.D. from Jacksonville University in 2002.

Sanders-Butler’s early years began as a radio personality. Later, she would hold positions in the collection and customer service industries until 1987. She began her career in education in 1987 with the DeKalb County School System. In 1995, Sanders-Butler became the principal of Browns Mill Elementary School in Lithonia, Georgia. As principal, Sanders-Butler became an advocate for student health care. After being admitted into the hospital for high blood pressure, Sanders-Butler was diagnosed with diabetes.

In 1998, Sanders-Butler began her healthy eating crusade at Browns Mill Elementary School. She created the first “Sugar Free Zone” in the United States, banned soft drinks, and instituted a new breakfast program that included oatmeal and other healthy foods. Sanders-Butler organized eating workshops, exercise classes for students and staff and worked to get local stores to carry nutritious snacks. Since the beginning of her crusade, student test scores have improved and disciplinary issues have declined. Nearly 100 teachers and administrators have contacted her about starting a similar program at their schools.

Sanders-Butler is the founder of Ennovy, an organization created to help ignite wellness and healthier lifestyles. She is the author of Dessert Lovers Choice and Healthy Kids Smart Kids.

Sanders-Butler and her husband live on their horse farm in Ellenwood, Georgia.

Sanders-Butler was interviewed by The HistoryMakers on March 25, 2007.

See how Yvonne Sanders-Butler is related to other HistoryMakers
Donate Now
Click Here To Explore The Archive Today!