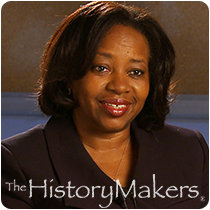 Editor, publisher and professor Yanick Rice Lamb was born on September 27, 1957 in Akron, Ohio to William R. Rice and Carmelie Jordan. Lamb graduated from Buchtel High School in Akron in 1976. She went on to receive her B.A. degree in journalism from Ohio State University in 1980.

Upon graduation, Lamb was hired as a copy editor at the Toledo Blade, where she was promoted to reporter in 1982. Lamb then worked for the Journal-Constitution in Atlanta, Georgia, as a copy editor until 1984, when she was hired as a layout editor for the New York Times. While employed at the New York Times, Lamb worked in various capacities, including deputy home and living editor, assistant editor of the Connecticut Weekly, and metropolitan copy editor. Then, in 1992, she became a senior editor for Child Magazine, serving two years. She was then hired as an editor-at-large at Essence Magazine in 1994. From 1995 until 2000, Lamb served as editor-in-chief, editorial director, and vice president at Black Entertainment Television. At BET, she was responsible for editorial management of BET Weekend, for which she was founding editor, as well as BET Publishing Group’s Heart & Soul. Lamb worked at Vanguarde Media, Incorporated, as editor-in-chief from 2000 to 2001. She was then hired as a journalism lecturer at Howard University in 2001, and was later promoted to associate professor. After receiving her M.B.A. degree from Howard University in 2005, she became the associate publisher and editorial director of Heart & Soul, where she served until 2011. In 2010, Lamb co-founded Fully-Connected.com, a website that connects people from Atlanta to Accra through interactive journalism and social networking. She also co-founded FierceforBlackWomen.com in 2013. Lamb continued to teach at Howard University, serving as chair of the Department of Media, Journalism and Film since 2013.

Lamb has co-authored three books: 1996’s The Spirit of African Design, 2004’s Born to Win: The Authorized Biography of Althea Gibson, and 2005’s Rise and Fly: Tall Tales and Mostly True Rules of Bid Whist. She has also received numerous awards, including the Folio: Editorial Excellence Award and the McDonald's Black History Maker of Today Award in Journalism. Lamb was also honored at the NABJ Salute to Excellence Awards; and she has served twice as president of the New York Association of Black Journalists. In addition, the Association of Health Care Journalists selected Lamb as a Health Performance Fellow in 2010; and, in 2013, she became the John A. Hartford/MetLife Foundation Journalism in Aging & Health Fellow.

Yanick Rice Lamb was interviewed by The HistoryMakers on October 23, 2013.

See how Yanick Rice Lamb is related to other HistoryMakers
Donate Now
Click Here To Explore The Archive Today!