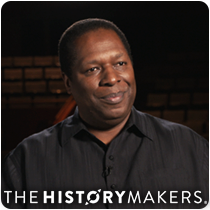 "You Don't Have To Be Good To Anyone, Just Fair"

In 1982, Brown’s first professional acting job was for McDonald’s inaugural Chicken McNuggets ad campaign. Brown made his television debut on an episode of Knight Rider; and, in 1987, he made his film debut in Robert Townsend’s Hollywood Shuffle. He had supporting roles in The Hidden, The Taking of Flight 847, I’m Gonna Git You Sucka!, Crossfire, and A Different World. He then had a leading role as Algernon Moncrieff in The Importance of Being Earnest in 1992, followed by features in the films, The Second Coming and Heart and Souls in 1993. Two years later, he appeared in an episode of Seinfeld and in the films Under Siege 2: Dark Territory, The Net, and Waiting to Exhale. In 1996, he played the role of Pluckie in Rebound: The Legend of Earl ‘The Goat’ Manugualt, and played a reoccurring role on the CBS sitcom, Bless This House. He also became a series regular on the rebooted 1960’s series Flipper. Brown appeared in several popular sitcoms and dramas including: Murphy Brown, Touched by an Angel, Frasier, The West Wing, and Star Trek: Voyager. He made his debut as a feature film producer in 1999, with Boesman & Lena starring Danny Glover and Angela Bassett, followed by Dianne Reeves’ concert film of her Grammy Award winning album, In The Moment: Live in Concert. In 2003, he co-starred as Whoopi Goldberg’s brother and comic foil in her NBC sitcom, Whoopi. In 2005, he acted in David Mamet’s film Edmond. Other television credits include: Curb Your Enthusiasm, Everybody Hates Chris, Grey’s Anatomy (recurring), Being Mary Jane, Transparent, and The Orville.

In 2007, Brown directed the performances of thirty-five actors in Inspired By... The Bible Experience. In 2018, his theatre directing debut was made at Colorado’s Lone Tree Arts Center with August Wilson's Fences.

In 2007, Brown founded Ebony Repertory Theatre, the first and only African American professional (Actors Equity) theatre company in Los Angeles, and serves as its producing artistic director. The Ebony Repertory Theatre has produced award winning productions including Two Trains Running, Crowns, A Raisin In the Sun, The Gospel at Colonus, and Five Guys Named Moe.

Wren T. Brown was interviewed by The HistoryMakers on December 10, 2018.