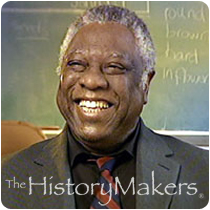 See how Woodie King, Jr. is related to other HistoryMakers
Donate Now

Award winning theater director Woodie King, Jr., was born on July 27, 1937, in Baldwin Springs, Alabama, to parents Ruby and Woodie King, Sr. Attending high school in Detroit, King graduated in 1956; he then went on to attend Leman College in New York, and later earned his M.F.A. degree from Brooklyn College.

Following his high school graduation in 1956, King worked for Ford Motor Company as an arc welder for the three years. In 1959, King went to work for the city of Detroit as a draftsman. In 1965, King joined Mobilization for Youth, where he spent the next five years working as the cultural director.

In 1970, King founded the New Federal Theatre and the National Black Touring Circuit in New York City, where he remained as producing director throughout his career. King produced shows both on and off Broadway, and directed performances across the country in venues such as the New York Shakespeare Festival; the Cleveland Playhouse; Center Stage of Baltimore; and the Pittsburgh Public Theatre. King's work earned him numerous nominations and awards over the years, including a 1988 NAACP Image Award for his direction of Checkmates, and 1993 Audelco Awards for Best Director and Best Play for his production of Robert Johnson: Trick The Devil; he also received an Obie Award for Sustained Achievement. King was awarded an honorary doctorate in humane letters from Wayne State University, and a doctorate of fine arts from the College of Wooster.

In addition to his directing and producing of theater, King wrote extensively about the theater industry; he contributed to numerous magazines, such as Black World, Variety, and The Tulane Drama Review, as well as authoring a number of books.

See how Woodie King, Jr. is related to other HistoryMakers
Donate Now
Click Here To Explore The Archive Today! 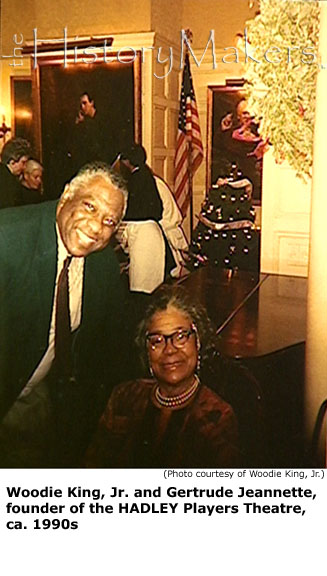 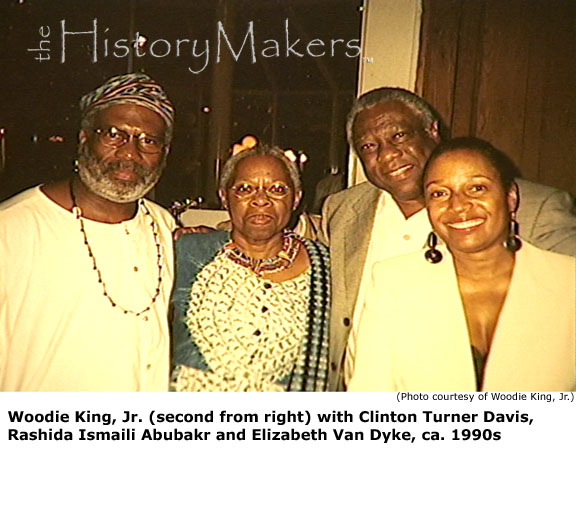