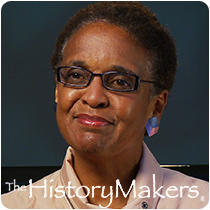 See how Winifred Neisser is related to other HistoryMakers

Neisser has served on the board of directors for several academic and non-profit institutes. At Harvard University, Neisser was appointed to the Harvard Board of Overseers as well as the Radcliffe Institute’s Advisory Board. She served as Trustee on the board of the Otis College of Design and The Center for Early Education. Neisser was a member of the Television Academy’s Board of Governors for several years. She also served on the boards of Planned Parenthood and the National Guild of Community Arts Schools.

Neisser’s award-winning projects include “A Raisin in the Sun” for ABC, which was nominated for three Emmy Awards and won the Humanitas Award; “Broken Trail,” a western for AMC, which won four Emmy Awards including “Best Miniseries”; “The Company,” a miniseries about the CIA which won the DGA Award and the WGA Award; “Having Our Stay: The Delaney Sisters First 100 Years,” which won a Christopher Award and a Peabody Award; “The Crossing” for the Arts and Entertainment Channel (A & E), which won the Peabody award; “The Beach Boys: An American Family,” which was nominated for an Emmy Award in the category of Best Miniseries; and “Call me Claus,” a Christmas movie which starred Whoopi Goldberg and featured music by Garth Brooks.

Neisser is married to Ken Neisser. They live in Los Angeles and have two children, Nick and Alexis.

Winifred White Neisser was interviewed by The HistoryMakers on November 17, 2013.

See how Winifred Neisser is related to other HistoryMakers
Click Here To Explore The Archive Today!