Information about Willye B. White 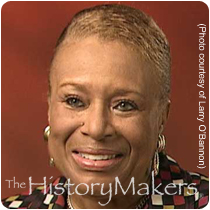 See how Willye B. White is related to other HistoryMakers

Willye B. White was born to run. Born on December 31, 1939, in Money, Mississippi, and raised by her grandparents, White discovered her talent for running and jumping at age ten. At sixteen, she competed in the 1956 Melbourne Olympic Games and became the first American woman to ever medal in the long jump, earning a silver medal. She participated in the next four Olympiads as well and is the first American to compete on five Olympic track and field teams. She won another silver medal in the 1964 Tokyo Games in the 4-by-100-meter relay. White competed in more than 150 nations as a member of thirty-nine different international track and field teams.

In 1959, White graduated from Broad Street High School in Greenwood, Mississippi, the same year she set an American record for the long jump, which stood for sixteen years. She moved to Chicago in 1960 and began working as a nurse in 1963, first at Chicago’s Cook County Hospital, then at the Greenwood Medical Center. In 1965, White became a public health administrator at the Chicago Health Department. She graduated with a B.A. degree in public health administration from Chicago State University in 1976. White remained active in the field of sports. She represented track and field on the U.S. Olympic Committee, coached athletes in the National Sports Festival in 1979 and 1981, coached and managed at the 1981 World Cup Track and Field Championship Games in Brussels and Rome, and served as head coach for the 1994 Olympic Sports Festival.

In 1990, White founded WBW Hang on Productions, a sports and fitness consultancy. A year later, she founded the Willye White Foundation, helping children to develop self-esteem and become productive citizens through such initiatives as the Robert Taylor Girls Athletic Program. This program taught sports and teamwork to children living in the nation’s largest housing project (which has been demolished), a summer day camp and healthcare in the form of immunizations and dental and medical checkups.

White was the first American to win the world’s highest sportsmanship award, the UNESCO Pierre de Coubetin International Fair Play Trophy. She is a member of eleven sports halls of fame, including those of the National Association of Sport and Physical Education, Black Sports, Women Sports Foundation, and National Track and Field. She was chosen by Sports Illustrated for Women in 1999 as one of the 100 greatest athletes of the century and by Ebony in 2002 as one of the ten greatest black female athletes.

White passed away from pancreatic cancer on Tuesday, February 6, 2007.

See how Willye B. White is related to other HistoryMakers
Click Here To Explore The Archive Today! 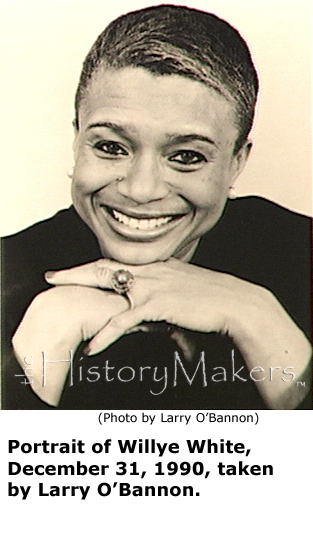 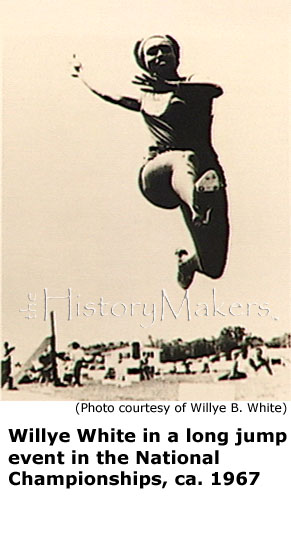