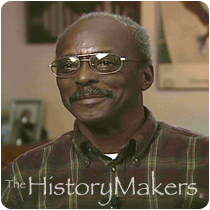 See how Willie McCray is related to other HistoryMakers
Donate Now

Civil rights organizer Willie Lawrence McCray was born on March 4, 1942, in Columbus, Georgia, to Willie Cedric McCray and Gussie Pearl Bussy McCray. Growing up near Fort Benning, McCray attended Jenson School and Carver Vocational High School. In 1960, he moved to Atlanta. Drawn into the Albany Movement by his cousin, McCray was arrested, and his life changed forever. Soon, he was hired as a staff member of the Student Nonviolent Coordinating Committee (SNCC).

Based at 360 Nelson Street in Atlanta and serving under the management expertise of Ruby Doris Smith, McCray’s role was to get money to bail organizers out of jail. He retrieved and fixed the cars of the civil rights organizers at SNCC’s motor pool at Interstate 20 and Spring Street. Each car was provided with a CB radio. McCray’s first job was driving a load of books from Cape Cod, Massachusetts to Holly Springs, Mississippi. Witness to his share of traumatic events, McCray followed the movement through Freedom Summer in 1964 and 1965’s March from Selma to Montgomery, Alabama.

McCray was with Willie Ricks and Stokeley Carmichael (Kwame Toure) when they called for “Black Power.” As SNCC moved towards Black Power, McCray ended up in jail for a year in 1966, and as the movement faded, McCray resettled in Yellow Springs, Ohio. He met fellow activist Hellen O’Neal at SNCC’s New York Office and they were soon married.

McCray was director of security for the Ohio Historical Society’s National African American Museum and Cultural Center in Wilberforce, Ohio. McCray has two grown sons and a grandson and a granddaughter.

See how Willie McCray is related to other HistoryMakers
Donate Now
Click Here To Explore The Archive Today!