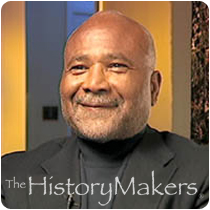 See how Willie Leftwich is related to other HistoryMakers

Early in his career, Leftwich used his skills as an engineer in several high-profile government aerospace projects. From 1960 to 1963, Leftwich worked as a research aeronautical instrumentation engineer for NASA, helping to design a gantry-timing device for the Blue Scout Rocket and helping develop missile trajectory systems. He worked from 1963 to 1968 with the Naval Air Systems Command as a research electro-optical engineer, developing air-to-surface sensors for Navy and Marine Corps aircraft.

After 1968, Leftwich began his legal career. He started as a patent attorney for the Federal Aviation Administration before spending a year as vice president and general counsel for Technical Media Systems. While working as a professor at both the University of the District of Columbia and George Washington University School of Law, Leftwich became a founding partner in Hudson Leftwich & Davenport, a commercial law firm that represented corporations in litigation for construction, real estate, employment discrimination and public utility cases. In 1985, Leftwich became counsel and founding partner of Leftwich & Douglas, where he engaged in general commercial practice. Following his retirement from practice law in December 1996, Leftwich became a private investor.

Leftwich is a life member of the NAACP and the American Bar Association. He has served as director of the Pennsylvania Avenue Development Corporation, the D.C. Redevelopment Land Agency and the Neighborhood Legal Services Program. He and his wife, Norma, have been married since 1978 and have an adult son, Curtis.

See how Willie Leftwich is related to other HistoryMakers
Click Here To Explore The Archive Today!