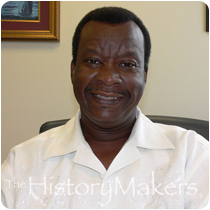 See how Willie L. Wilson is related to other HistoryMakers
Donate Now

Philanthropist, entrepreneur, and recording artist Willie Lee Wilson, grew up in impoverished conditions and rose to found multiple successful enterprises including Singsation!, the first nationally syndicated African-American owned and produced Gospel program on commercial television that broadcasts internationally on WGN-TV. Wilson is also one of the first black owners of a McDonald’s restaurant.

Wilson was born on June 16, 1948 in Gilbert, Louisiana. In 1970, Wilson began his career with McDonald’s doing custodial duties and mopping floors for $2 an hour. He got the opportunity to run the establishment when disgruntled employees walked out and was asked to stay on when the former managers returned. After working with McDonald’s for five years, he decided he wanted to open a McDonald’s himself and resolved to meet with McDonald’s founder Ray Kroc about the issue. Kroc agreed to give Wilson a McDonald’s restaurant after a discussion at an annual shareholders’ meeting in 1979, and with capital provided by South Shore Bank, Wilson took a suffering Chicago franchise and turned it around within a year. Wilson, while working at McDonald’s, earned honors attaining the Outstanding Store Award and Top Sales Performer Award.

In 1987, Wilson decided to start a television production company, Willie Wilson Productions, and in 1988, he was moved to pursue his faith after hearing the song, “What Shall I Render Unto the Lord?” at his church. He sold his McDonald’s restaurants to dedicate his life to Gospel music and started doing church solos and singing with the Norfleet Brothers. Ultimately, creating four albums: I'm So Grateful, Lord Don't Let Me Fail, Just A Closer Walk With Thee, Through It All and I'll Fly Away. The most recent album, I'll Fly Away is distributed by Universal and is available in stores throughout the United States. In 1989, Wilson’s Singsation! premiered, a half-hour weekly program of Gospel music. The shows’ history, artists, producers and writers are produced by his television production corporation. Singstation! is regularly hosted by Wilson and is available in over sixty million households every Sunday.

Wilson is the recipient of a Doctor of Divinity degree from Mt. Carmel Theological Seminary, a Doctor of Humane Letters from Chicago Baptist Institute, Honorary Doctorate in Humanitarianism from Swisher Bible College and a Doctorate in Humanitarianism from Denver Institute of Urban Studies and Adult College. In November 2003, the Illinois State House of Representatives adopted resolution HR0491 in the 93rd General Assembly to honor Wilson’s successes as a member of the National Black McDonald's Owner Operator Association and his contributions to his community.

Wilson resides in Chicago, with his wife of twelve years. He is the father of four grown children.

Wilson was interviewed by The HistoryMakers on July 16, 2008.

See how Willie L. Wilson is related to other HistoryMakers
Donate Now
Click Here To Explore The Archive Today!