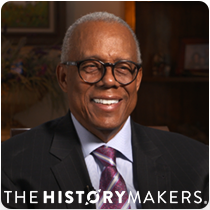 See how Willie L. Hill, Jr. is related to other HistoryMakers

Professor and musician Willie L. Hill, Jr. was born on July 29, 1946 in Mobile, Alabama to Rennetta and Willie Hill, Sr. After graduating from Williamson High School in Mobile, Alabama, Hill received his B.S. degree in music education from Grambling State College in Grambling, Louisiana in 1968. He went on to receive both his M.M. Ph.D. degrees in music education from the University of Colorado, Boulder in 1972 and 1987.

In 1968, Hill began teaching instrumental music in the Denver Public Schools, where he remained for sixteen years and was an instrumental music supervisor for four years. In 1984, Hill was a member of The Colorado Clarinet Choir touring organization, which represented the United States in London, England at the International Clarinet Symposium. He then joined the faculty at the University of Colorado, Boulder College of Music, where he served as assistant dean and professor of music from 1988 to 1999. During that period, he also served as the director of education for the Thelonious Monk Institute in Los Angeles, California. In 1999, Hill was named professor of music education and director of the Fine Arts Center at the University of Massachusetts, Amherst. As a woodwind specialist, he was also a faculty member of the Clark Terry Great Plains Jazz Camp. He founded and served as co-director of the Rich Matteson-Telluride Jazz Academy, and later founded the Mile High Jazz Camp in Boulder, Colorado. He also worked as musical director at The Schwayder and Bonfils Theaters. Hill was a member of the Denver Broncos Jazz Ensemble and a regular performer at the Denver Auditorium Theater, Paramount Theater, and Boettcher Concert Hall. Hill performed with George Burns, Liza Minnelli, Lena Horne, Lou Rawls, Ben Vereen, Lola Falana, Johnny Mathis, Sammy Davis, Jr., Dizzy Gillespie, James Moody, Jon Faddis, and many others.

Hill served as president of The National Association for Music Education (MENC) and the International Association for Jazz Education (IAJE). He was also a member of the writing team for MENC's Vision 2020 program and a member of the national board of directors for Young Audiences, Inc. Hill later served as president of the Colorado Music Educators Association and Pi Kappa Lambda National Music Honor Society.

In 1998, he was inducted into the Colorado Music Educators Hall of Fame. In 2001, Hill was the recipient of the Lawrence Berk Leadership Award presented by the IAJE. Hill co-authored Learning to Sight-Read Jazz, Rock, Latin, and Classical Styles, and was the author of The Instrumental History of Jazz, Approaching the Standards, and Jazz Pedagogy: The Jazz Educator's Handbook and Resource Guide. Hill is listed in the first edition of Who's Who among Black Americans, Who's Who among International Musicians and was a 2003 Lowell Mason Fellow.

Willie L. Hill, Jr. was interviewed by The HistoryMakers on December 5, 2018.

See how Willie L. Hill, Jr. is related to other HistoryMakers