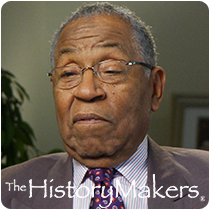 See how William Whitley is related to other HistoryMakers

Architect and business executive William N. Whitley was born on April 29, 1934 in Rochester, New York and raised in Warren and Cleveland, Ohio. Whitley’s father was a chemist; his mother an actress. He graduated from Kent State University in 1957 with his B.S. degree in architecture, and went on to serve as a captain in the United States Air Force from 1958 until 1960.

William Whitley was interviewed by The HistoryMakers on February 12, 2014.

See how William Whitley is related to other HistoryMakers
Click Here To Explore The Archive Today!