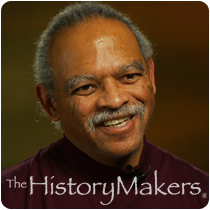 See how William Walden is related to other HistoryMakers
Donate Now

Molecular biologist and biology professor William Walden was born on October 13, 1954 in Washington, D.C. to George Ray Walden and Erma Lucille Walden. After graduating from Suitland High School in 1972, he received his B.S. degree in biology from Morgan State University in 1976. During college, Walden worked as a research assistant for the National Institutes of Health, the National Cancer Institute, and the Baltimore Cancer Research Program. Walden went on to earn his Ph.D. degree in molecular biology from Washington University in St. Louis in 1983. His final dissertation was entitled,"mRNA Competition in vivo."

In 1987, Walden started his over twenty-year career at the University of Illinois at Chicago as an assistant professor in the College of Medicine's Department of Microbiology and Immunology. He was a recipient of the Schweppe Foundation Career Development award from 1988 to 1991. In 1992, Walden was promoted to associate professor and associate department head of the Department of Microbiology and Immunology. He began working with the Summer Research Opportunities Program (SROP) in 1994, where he chaired the steering committee. Since 2004, Walden has held the position of full professor. In 2006 and 2007, he served as co-chair of the Campus Promotion and Tenure Committee. Walden was a fellow of the Committee on Institutional Cooperation-Academic Leadership Program from 2006 to 2007, which mentors administrators for higher leadership opportunities. Since 2006, he has served as director of the Office of Graduate Diversity Programs, which works to increase the number of underrepresented students who successfully earn a Ph.D. degree in the College of Medicine. In 2007, Walden became the Special Assistant to the Provost for Diversity. His research focuses on cellular iron regulation and iron-related gene expression in eukaryotes. Walden has published numerous scientific research articles including his 2006 paper, "Structure of Dual Function Iron Regulatory Protein 1 Complexed with Ferritin IRE-RNA," which was published in the journal, Science .

In addition to his research, Walden has mentored many graduate researchers, and has served on NIH grant review panels and as a peer reviewer for top scientific journals including, Science, EMBO Journal, Blood, and Journal of Biological Chemistry . William Walden lives in Oak Park, Illinois and has two adult children, William A. Walden and Michael D. Walden.

William Walden was interviewed by The HistoryMakers on January 20, 2012.

See how William Walden is related to other HistoryMakers
Donate Now
Click Here To Explore The Archive Today!