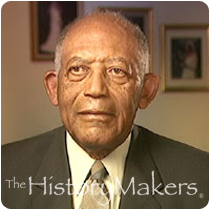 See how William Taylor is related to other HistoryMakers
Donate Now

Colonel William M. Taylor helped the U.S. military manage media scrutiny in times of crisis for twenty-seven years. Born on December 24, 1930, in St. Paul, Minnesota, Taylor's media savvy served him and his country well as the military officer responsible for public affairs support to the secretary of defense.

Taylor grew up in Muncie, Indiana, and earned a journalism degree from Indiana University in 1952. He entered the U.S. Air Force in 1953 and soon after began working in public information posts for the Air Force. During the Vietnam War, Taylor was a public information officer stationed in Saigon, Vietnam, and Bangkok, Thailand. When he returned to the United States, Taylor worked at the Pentagon, and in July 1977 became the director of defense information. During his tenure, Taylor helped manage publicity for the military on a number of sensitive issues, from missing nuclear bombs to returned prisoners of war to the failed Iranian hostage rescue.

After retiring in 1980, Taylor became a public affairs adviser to the American Petroleum Institute. He served as a contact person for media on the oil industry and helped manage public awareness for petroleum issues. For eight years, Taylor organized and managed the oil industry's annual crisis management and communications seminar. This expertise became invaluable in 1989, when Taylor went to Alaska to provide on-site assistance to Exxon in the aftermath of the Valdez oil spill. Beginning in 1996, Taylor ran Action Image, a public relations consultancy and sports photography enterprise. He also served as a public affairs emergency response reservist for the Federal Emergency Management Agency.

Taylor and his wife, Phyllis Moxley, had three children and three grandchildren.

Colonel William M. Taylor was interviewed by The HistoryMakers on September 13, 2003.

See how William Taylor is related to other HistoryMakers
Donate Now
Click Here To Explore The Archive Today!