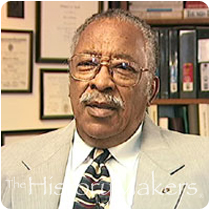 See how William Smith is related to other HistoryMakers
Donate Now

After completing high school, Smith received a presidential scholarship to Wiley College where he finished a year early, graduating with honors in January, 1949. He then won a scholarship to Boston University to continue his studies, but his plans were interrupted in the fall of 1950 when he enlisted in the U.S. Army at the outbreak of the Korean War. Smith helped integrate General Douglas MacArthur’s famed honor guard and received a Bronze Star and a Purple Heart for his battlefield service. When he returned to the United States, Smith resumed his studies, earning his M.Ed. degree in 1955. Smith then was hired as a teacher and administrator in Cleveland’s public schools, where he worked until 1968.

Smith’s writings on teacher education, administration and educational multiculturalism have appeared in some fifty publications. He represented the Department of Education abroad at several international conferences on education.

Smith passed away on February 29, 2008 at the age of 79. He was married to Audrey Morton Smith and had two adult children with his first wife, Mable.

See how William Smith is related to other HistoryMakers
Donate Now
Click Here To Explore The Archive Today!