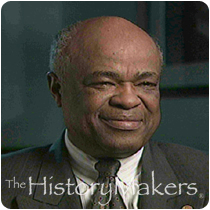 See how William Norman, Sr. is related to other HistoryMakers
Donate Now

William Stanley Norman was born on April 27, 1938, in Roper, North Carolina. His mother was a homemaker and domestic and his father was a builder. During early childhood, the family relocated to Norfolk, Virginia, where Norman attended Booker T. Washington High School. Norman was active in the band, honor society and student government and earned his high school diploma in 1956. Norman earned his B.S. degree in chemistry and math in 1960 from West Virginia Wesleyan College. That same year, he traveled to the Soviet Union as an exchange student. Shortly after beginning a teaching career in the Norfolk, Virginia, public school system, Norman was drafted. In 1962, he joined the United States Navy’s Aviation Candidate Program.

During his eleven years of service, Norman served as a naval flight officer, taught at the U.S. Naval Academy and served as an aide to the White House in the Johnson and Nixon administrations. He earned his masters degree from American University in 1967. After his military service, Norman joined the Cummins Engine Company, where he held a number of management positions between 1973 and 1979. Norman then worked for the National Railroad Passenger Corporation (AMTRAK) in 1979 and served as vice president of marketing and was then promoted to group vice president. When he left AMTRAK in 1994, he was the number two corporate officer at the company. In 1994, Norman served as president and chief executive officer of the Travel Industry Association of America (TIA). TIA is a national umbrella organization which represents all segments of the U.S. travel industry.

Norman holds leadership positions and serves on the board of directors of many private and public sector organizations. He and his wife, Elizabeth split their time between their homes in Orlando, Florida and McLean, Virginia. They have two grown children.

See how William Norman, Sr. is related to other HistoryMakers
Donate Now
Click Here To Explore The Archive Today!