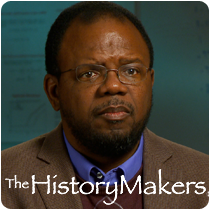 See how William Massey is related to other HistoryMakers

Mathematician William A. Massey was born in 1956 in Jefferson City, Missouri; the younger of two sons of Richard A. Massey, Sr. and Juliette Massey. Massey attended the public schools of St. Louis, Missouri and high school in University City, a suburb of St. Louis. Upon graduating from University City High School, Massey received a Harvard Book Award and a National Achievement Scholarship. He enrolled at Princeton University in 1973 and encountered his first real introduction to research mathematics in an honor calculus course taught by the late Ralph Fox. Massey wrote his undergraduate senior thesis, “Galois Connections on Local Fields,” under the direction of Bernard Dwork, and graduated from Princeton in 1977 with his A.B. degree in mathematics with honors – magna cum laude, Phi Beta Kappa, and Sigma Xi. Massey was then awarded a Bell Labs Cooperative Research Fellowship for minorities to attend graduate school in the department of mathematics at Stanford University. Massey wrote his doctoral theses, “Non-Stationary Ques,” under the supervision of Joseph Keller, and graduated from Stanford University in 1981 with his Ph.D. degree in mathematics.

In 1981, Massey became a member of the technical staff in the Mathematical Sciences Research Center at Bell Laboratories, a division of Lucent Technologies. His research there included queuing theory, applied probability, stochastic processes, and the performance modeling of telecommunication systems. Massey published over fifty papers in those areas, one of which credits him as the co-author of a U.S. Patent on server staffing. In the area of mentoring, Massey has organized every annual Conference for African American Researchers in the Mathematical Sciences, which he co-founded in 1995. He founded the Council for African American Researchers in the Mathematical Sciences (1996) and is a lifetime member of the National Association of Mathematicians (NAM). In 2001, Massey was named the Edwin S. Wilsey Professor of Operations, Research, and Financial Engineering at Princeton University, making him the first tenured African American mathematician at an Ivy League University.

Massey received the Distinguished Service Award from NAM in 1996 and was invited to give its William W. S. Clayton Lecture. He has given invited lectures at the American Mathematical Society national conference, the Congreso Nacional de la Sociedad Matematica Mexicana, and the Edward Bouchet Conference for African and African American Physicists and Mathematicians that were held in Ghana, Canada, and Germany. The Blackwell-Tapia Prize Committee awarded Massey its 2006 prize and U.S. Black Engineer and Technology magazine honored Massey as the Black Engineer of the Year in 2008.

William A. Massey was interviewed by The HistoryMakers on March 8, 2013.

See how William Massey is related to other HistoryMakers
Click Here To Explore The Archive Today!