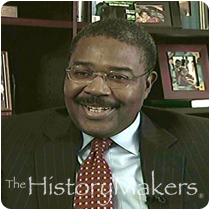 See how William M. Lewis, Jr. is related to other HistoryMakers
Donate Now

Investment banker William M. Lewis, Jr. was born on April 30, 1956, in Richmond, Virginia, to Essie Mae and William M. Lewis, Sr., a maid and roofer. Growing up in Richmond’s inner city, Lewis won a scholarship through an organization called A Better Chance to attend the private boarding school Andover Academy in Andover, Massachusetts. In 1974, Lewis graduated from Andover Academy with honors, earning a scholarship to Harvard University, where he graduated cum laude with his B.A. degree in economics in 1978. Upon graduation, Lewis joined Morgan Stanley’s Mergers and Acquisitions Department as a financial analyst. He then attended Harvard Business School of Management, where he earned his M.B.A. degree in 1982.

Returning to Morgan Stanley’s Mergers and Acquisitions Department as an associate, Lewis spent the next six years working on buyouts of AMF, Hammermill and Children’s World, to name a few. After a short stint as the department head for Morgan Stanley Midwest Mergers and Acquisitions, where he oversaw the sale of the Coleman Company, Lewis was made Managing Director for Morgan Stanley, becoming the first African American and the youngest individual to hold that title. Soon thereafter, Lewis was promoted to co-head of the Worldwide Real Estate Department as well as president and chief operating officer of Morgan Stanley Real Estate Funds. Lewis also served as co-head of the company’s Worldwide Mergers, Acquisitions, and Restructuring Department. Lewis was then promoted to lead the Corporate Finance Department at Morgan Stanley where he oversaw the buyouts of Environdyne, Wilson Sporting Goods, and Moog Automotive, among others.

In 2001, Lewis was named Global Banking Co-Managing Director of Morgan Stanley; a year later, Fortune magazine ranked him the thirteenth most powerful African American executive in the country. In 2004, Lewis joined Lazard Ltd., an international financial asset and advisory firm, as their co-chairman of investment banking. In 2005, at Lazard Ltd., Lewis oversaw the sale of Maytag to Whirlpool, a $1.79 billion transaction. Lewis was also active as a community and civic leader; he chaired the A Better Chance Inc. Foundation, and served as the co-chair of the NAACP Legal Defense and Education Foundation.

Lewis married Carol Sutton Lewis, with whom he had three children.

See how William M. Lewis, Jr. is related to other HistoryMakers
Donate Now
Click Here To Explore The Archive Today!