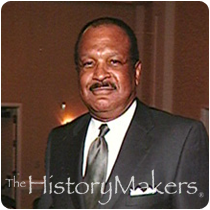 See how William Lester, Jr. is related to other HistoryMakers
Donate Now

Distinguished theoretical chemist William Lester, Jr., was born on April 24, 1937, in Chicago, Illinois, where he attended all-black elementary schools due to racial segregation. After World War II, Lester's family moved and he attended a formerly all-white high school; he went on to receive his B.S. degree in 1958, and his master’s degree in chemistry in 1959 from the University of Chicago. Lester obtained his Ph.D. in chemistry from the Catholic University of America in Washington, D.C., in 1964.

Lester developed his interest in science at an early age; during his senior year in high school, he used his typing skills to obtain a part-time job in the physics department of the University of Chicago, which gave him a chance to explore the potential of a future career in the sciences. Entering the University of Chicago on a history scholarship, Lester set scoring records in basketball, two of which were still standing after forty-eight years. While at Catholic University, Lester worked at the National Bureau of Standards as a member of the scientific staff; his work at the Bureau helped him to meet the requirements for his doctoral dissertation on the calculation of molecular properties. Lester obtained a postdoctoral appointment at the University of Wisconsin in Madison where he worked on the molecular collision theory. The IBM Corporation then hired Lester to work at its research laboratory in San Jose, California. Later, as the director of the National Resource for Computation in Chemistry, Lester organized and led the first unified effort in computational chemistry in the United States.

Lester later joined the faculty of the University of California at Berkeley as a professor of chemistry, where his research focused on the theoretical studies of the electronic structure of molecules. Lester's efforts at Berkeley extended the powerful quantum Monte Carlo method to a wider range of chemical problems. In 2002, Lester became the president of the Pac-10 Conference.

Throughout his career, Lester published over 200 papers in his field, and was awarded numerous honors for his research and teaching. Lester held memberships in several professional organizations including the American Physical and Chemical Societies, and the American Association for the Advancement of Science. He was also elected a fellow of the APS, ACS, and AAAS. In addition to his professional activities, Lester remained committed to science education and sparking an interest in pursuing science careers in minority students.

See how William Lester, Jr. is related to other HistoryMakers
Donate Now
Click Here To Explore The Archive Today! 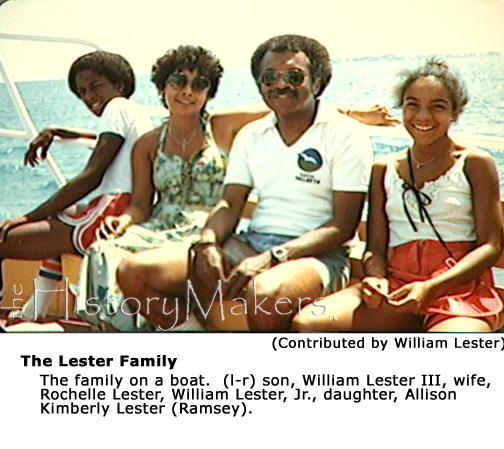 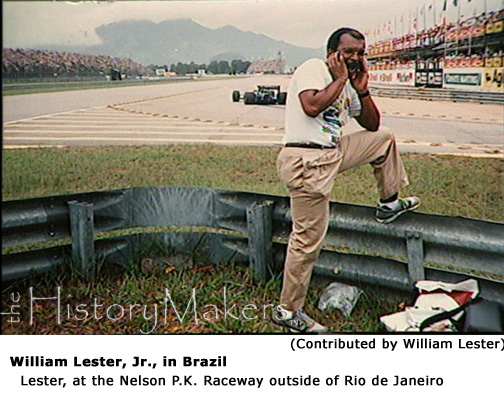