Information about William A. Hawkins 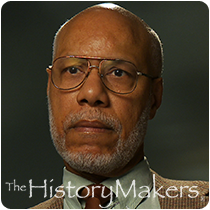 See how William A. Hawkins is related to other HistoryMakers

Program director and math professor William Anthony Hawkins, Jr. was born in Washington, D.C. in 1947. His father, William Anthony Hawkins, Sr., was a postal worker; his mother, Amanda L. Hawkins, a dental hygienist. After graduating from Archbishop Carroll High School in 1964, Hawkins briefly attended Merrimack College before transferring to Howard University. While there, he studied under Dr. Louise Raphael, Professor James Joseph, and Dr. Arthur Thorpe (physics) and went on to graduate with his B.S. degree in mathematics in 1968. In 1970, Hawkins received his M.S. degree in physics from Howard University and his M.A. degree in mathematics from the University of Michigan. He was awarded a Ford Foundation Fellowship while attending the University of Michigan where he studied under Dr. James S. Milne and graduated from there with his Ph.D. degree in mathematics in 1982.

Hawkins has dedicated over forty-three years to the education of minority students. In 1968, Hawkins was hired as a teacher at Cardozo High School in Washington, D.C., soon discovering his passion for teaching. In 1970, Hawkins was appointed as an instructor at Federal City College (University of the District of Columbia). He went on to serve as chair of the mathematics department of the University of the District of Columbia (UDC) for five years. In 1990, Hawkins took leave from his position as associate professor at UDC and became director of the Strengthening Underrepresented Minority Mathematics Achievement (SUMMA) Program at the Mathematical Association of America. SUMMA has raised more than $4 million to increase the representation of minorities in mathematics, science, and engineering and to improve the mathematics education of minorities. In 1995, Hawkins returned to UDC as an associate professor in the mathematics department while simultaneously directing the SUMMA program.

William Anthony Hawkins, Jr. was interviewed by The HistoryMakers on June 17, 2013.

See how William A. Hawkins is related to other HistoryMakers
Click Here To Explore The Archive Today!