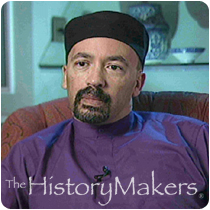 See how William Gerald Fletcher, Jr. is related to other HistoryMakers

William Gerald Fletcher, Jr was born on June 21, 1954 in New York City. His mother was a teacher and his father, a salesman. Motivated by the civil rights movement Fletcher became an activist at age 13, dabbling in the Black Panther Party and organizing rallies and events. While a student at Mount Vernon High School he helped form the Black Student Alliance and was active in student politics. He earned his high school diploma in 1972.

As a young student at Harvard College, Fletcher became interested in the labor movement. Upon earning his B.A. degree in government in 1976, he spent the next three years working as a welder at a Massachusetts shipbuilding company. After receiving hands on experience as a laborer, Fletcher worked as an organizer for the Boston Jobs Coalition, and a paralegal at Greater Boston Legal Services.

In 1986, Fletcher relocated to Washington, D.C. to serve as an organizer for District-65 United Auto Workers. He then went on to become the organizational secretary and administrative director for the National Postal Mail Handlers Union. From 1991 until 1996, Fletcher held a number of positions with the Service Employees International Union including director of education and assistant to the president. In 1996, he joined the AFL-CIO serving as education director and the assistant to President John Sweeney. After leaving the AFL-CIO in 2001, Fletcher joined the George Meany Center for Labor Studies, where he was responsible for developing relationships with foreign labor centers. In 2002, Fletcher accepted the position of president and CEO of TransAfrica Forum, a non-profit organization dedicated to educating the general public on U.S. foreign policy as it affects Africa and the Diaspora in the Caribbean and Latin America.

Fletcher is the author of numerous publications highlighting and chronicling African Americans and the U.S. labor movement. He and his wife, Candice reside in Mitchellville, Maryland and have a teenage daughter.

See how William Gerald Fletcher, Jr. is related to other HistoryMakers
Click Here To Explore The Archive Today!