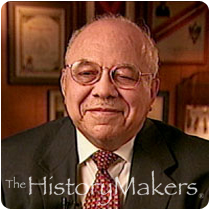 See how William Foster is related to other HistoryMakers

Dr. William Patrick Foster, chairman of the Music Department and director of bands, emeritus at Florida A&M University, was born on August 25, 1925, in Kansas City-Wyandotte, Kansas. Known by his students and colleagues as "The Law" and "Dr. Maestro," Foster was the son of a railway mail clerk. At the age of twelve, Foster first learned to play the clarinet. At Sumner High School in Kansas City, Kansas, Foster showed talent in playing the clarinet and was appointed student director of the Sumner High School Orchestra. In 1936, at age seventeen, he was director of an all city Kansas City, Kansas, band.

Foster was one of three commencement speakers when he graduated from Sumner High School in 1937. He received a B. A. degree in music education from the University of Kansas in 1941 and a master's degree from Detroit's Wayne State University in 1950. Foster earned a Ed.D. in education with a major in music from Teachers College, Columbia University in New York City in 1955. He taught at Lincoln University, Fort Valley State University and Tuskegee Institute, before coming to Florida A&M University (FAMU) in 1946.

Foster created the internationally famous 329 piece Marching "100" Band and developed over 200 half-time pageants; they have appeared in three films, three commercials, numerous magazine articles and thirty-four nationally televised network performances. The FAMU Marching Band was presented with the prestigious Sudler Intercollegiate Marching Band Trophy on October 26, 1984. In 1989, the French chose Foster as America's official representative in the Bastille Day Parade, celebrating the Bicentennial of the French Revolution. The band also appeared in the Fifteenth and the Twenty-Fifth Anniversary national telecasts from Walt Disney World in 1986 and 1996. Foster is credited with revolutionizing marching band techniques and reshaping the world's concept of marching bands.

A scholar, Foster has written eighteen articles for professional journals and has received numerous awards and citations for excellence. In 1998, he was elected to the National Band Association Hall of Fame. Often imitated, Dr. William Foster is considered the dean of America's band directors.

See how William Foster is related to other HistoryMakers
Click Here To Explore The Archive Today! 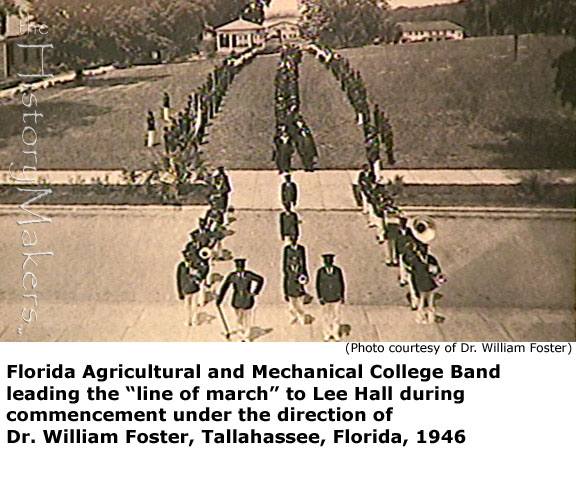 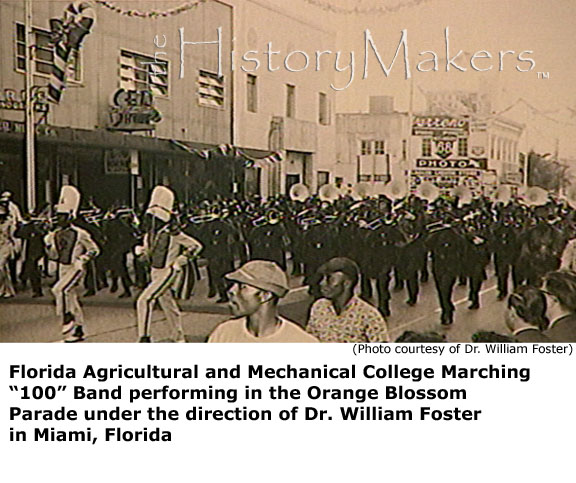