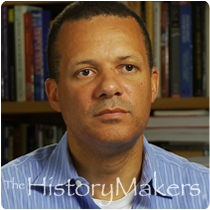 See how William Evans is related to other HistoryMakers
Donate Now

Research physicist and research manager William J. Evans was born on September 16, 1965 in Chicago, Illinois to Billy Joe and Allie Bell Evans. He received his B.S. degree in physics from the California Institute of Technology. Evans went on to attend Harvard University, where he earned his S.M. degree and Ph.D. degrees in physics.

In 1995, Evans was hired as a full-time staff researcher at the Lawrence Livermore National Laboratory (LLNL). At LLNL, Evans works with scientists from multiple academic disciplines such as biology, chemistry, and physics to solve global problems. Although Evans received his education in physics, his work at LLNL encompasses aspects of physics, chemistry, and materials science. Such an interdisciplinary approach allowed him to understand the complex behavior of materials under high temperature and pressure conditions.

In 2008, Evans was promoted to research manager at LLNL, where he managed the research of all staff scientists in the high pressure physics group. The group’s research focused on ultrahigh-pressure diamond anvils, Raman spectroscopy, and X-ray scattering among other things. Evans and his team of LLNL research scientists built an anvil, or pressure device, using flattened diamonds as the pressure surface. These diamond anvils allowed Evans to determine what happens to other materials as they get “squashed” by the diamonds.

Evans has published numerous scientific research articles in journals such as, Physical Review, Nature Materials, and the International Journal of High Pressure Research. Evans is also a member of several academic and professional societies, including the American Physical Society (APS), the American Chemical Society (ACS), and the Optical Society of Americs. He serves the community by judging youth science fairs in Livermore, California where he works and lives.

William J. Evans was interviewed by The HistoryMakers on November 5, 2012.

See how William Evans is related to other HistoryMakers
Donate Now
Click Here To Explore The Archive Today!