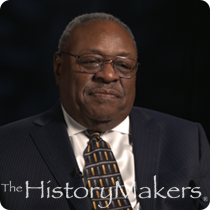 In 1964, Dilday started his career as an operations supervisor at IBM. In 1968, Dilday became the personnel administrator and public relations director at Edgerton, Germehausen, & Grier, Inc. He then began working at WHDH-TV in Boston as director of personnel in 1969. Dilday then entered the field of journalism in 1972 as general manager of WLBT-TV/WLBM-TV in Jackson, Mississippi, as the first African American general manager of a network affiliate station. He worked at WLBT-TV/WLBM-TV until 1984. As chief operation officer, he led the station to achieve number one in Nielson and Arbitron ratings from November, 1973 to February, 1984. In 1990, Dilday joined WJTV-TV as general manager and executive vice president, where he implemented operation and programming plans that improved station ratings. After his departure from WJTV, Dilday joined News-Press and Gazette as corporate vice president. Dilday was then hired as president and chief executive officer of Kerimax Communications, Inc. Dilday has also spent time as a guest columnist for the Jackson Clarion Ledger in Jackson, Mississippi.

Dilday has received numerous awards and recognitions, including the Peabody Award, the National Mental Health Association Media Award, and two Iris Awards from the National Association of Television Program Executives. Dilday has also been featured in Who’s Who in America every year from 1977 until 1995. He has also been listen in Who’s Who in Black America in 1975, 1976, 1993, 1994, and 1995.

Dilday and his wife, Maxine, have two children: Erika Lynne and Kenya Aleafe.

William Dilday was interviewed by The HistoryMakers on May 26, 2017.