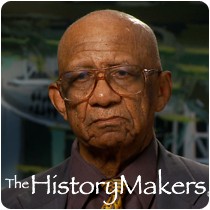 "You never could tell what thoughts and actions would do in bringing you hate or love. For thoughts of things will have wings and they will travel like a carrier dove. Each thing must creates it's kind as it travels over the track to bring back whatever is left out of your mind."

Research chemist and chemistry professor William C. Davis was born on August 22, 1926 in Waycross Georgia to parents Kenice and Laura Jane Davis. In 1941, Davis moved to New York City to live with his brother, Ossie Davis, and attend college. Following graduation from Dwight High School in 1945, Davis attended City College of New York and New York University before enrolling at Talladega College in Florida. Davis left school and briefly served as second lieutenant of engineers in the Korean War. Returning to Talladega College after the War, Davis earned his B.S. degree in chemistry in 1956. Davis went on to earn his M.S. degree in organic chemistry from Tuskegee Institute in 1958 and his Ph.D. degree in biochemistry from the University of Idaho in 1965.

Upon graduation, Davis was appointed research director at Physicians Medical Laboratories. As director, Davis was credited with discoveries leading to or improving numerous amenities, among them the potato chip, the instant mashed potato, soft serve ice cream, and the organic glue that holds together wood-chip and particle board. Davis’ research was public in academic journals such as Journal of Medical Technology and European Journal of Pharmacology. From 1974 to 1975, Davis continued research as a visiting scientist at the George Hyman Research Institute in Washington, D.C.; and again between 1976 and 1982 when he was a research associate at the University of Texas Health Science Center. Davis was named full professor of chemistry at St. Philip's College in 1995. In addition he served as chair of the Natural Sciences Department and director of Renewable Energy. When Davis retired in August 2009, he was named professor emeritus of the natural science department and the science building at St. Philip's College was named in his honor.

Davis' professional and academic affiliations included the American Chemical Society, the Health Physicist Society, the Society of Nuclear Medicine, and the American Association for the Advancement of Science. He was a recipient of Tuskegee Institute’s George Washington Carver Fellowship, the U.S. Armed Force’s Purple Heart Medal, and was inducted to the Texas Hall of Fame in 2000.

William C. Davis was interviewed by The HistoryMakers on February 1, 2013.