Information about William A. Clement, Jr. 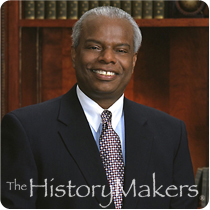 See how William A. Clement, Jr. is related to other HistoryMakers
Donate Now

Entrepreneur and corporate chief executive William Alexander Clement, Jr. was born on January 22, 1943 in Atlanta, Georgia to politician Josephine Dobbs Clement and Executive Vice President for North Carolina Mutual Life Insurance Company William Alexander Clement, Sr. Clement received his B.A. degree from Morehouse College in 1964, majoring in mathematics and business administration, and his M.B.A. degree in finance and insurance from Wharton Business School at the University of Pennsylvania in 1967.

Clement worked as a credit analyst for NCNB Corporation (predecessor to Bank of America) in Charlotte, North Carolina, as a registered representative for Bache & Company as well as a representative for The Robinson-Humphrey Company prior to becoming vice president and senior loan officer of Citizens Trust Bank in 1973. In 1977, Clement was a political appointee in the Carter Administration and served as an associate administrator of the United States Small Business Administration. While in this position, he served as senior management officer for the federal government’s largest minority business development program. Clement also received a presidential appointment by President Jimmy Carter to join the board of directors of the National Consumer Cooperative Bank in Washington, D.C. In addition, he was founder and former chairman and chief executive officer of DOBBS, RAM & Company, a systems integration company. Founded in 1981, DOBBS, RAM & Company was engaged by the United States Internal Revenue Service (IRS) to maintain its E-Filing System.

Clement became an outside director of Atlanta Life Insurance Company in 1992, and in 2001, the board of directors named him chairman. In 2008, Clement was elected president and chief executive officer of the Atlanta Life Financial Group, Inc., and worked in this position for three years. He also served on the boards of two publicly-traded companies, Radiant Systems, Inc. and TRX, Inc.

Clement has been active in numerous civic and community organizations. He was former chair of the board of Opportunity Funding Corporation, a trustee of the Maynard Jackson Youth Foundation, and a former trustee of the Woodruff Arts Center. He served on the board of directors of The Commerce Club and the Metro Atlanta Chamber of Commerce. Clement was also a charter member of the 100 Black Men of Atlanta, a former co-chair of the Atlanta Action Forum and a former chair of the Atlanta Business League. He has served as a member of the trustee board ministry of Antioch Baptist Church, as co-grantor of the Brown-Clement Endowed Scholarship Fund at Morehouse College, and a member of the Society of International Business Fellows.

Clement is married to R. Ressie Guy-Clement and is the father of two daughters and the grandfather of two grandchildren.

William Alexander Clement, Jr. was interviewed by The HistoryMakers on March 27, 2007.

See how William A. Clement, Jr. is related to other HistoryMakers
Donate Now
Click Here To Explore The Archive Today!