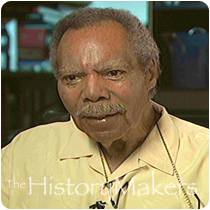 See how William "Bob" Bailey is related to other HistoryMakers

Dr. William H. “Bob” Bailey was born on February 14, 1927, in Detroit, Michigan, to a family with a strong musical tradition; vocal star Pearl Bailey was Bailey’s second cousin, and Pearl's brother, Bill, was a professional dancer and singer before her. When Bailey’s father lost his job during the Great Depression, the family moved to Cleveland, Ohio, where Bailey grew up and learned to sing in church choirs. Bailey finished high school at age sixteen with the intention to become an international lawyer; his grades and vocal talent had won him a scholarship to Morehouse College in Atlanta, Georgia.

Bailey worked his way through college by performing in a local night club. During one of these performances, he was approached by bandleader Benny Goodman, and John Hammond, a sponsor of Count Basie. After auditioning while on Christmas break, Bailey was hired by Basie himself. Bailey left Morehouse College while studying business law to be a featured singer in Count Basie’s band.

In 1950, Bailey enrolled in the School of Radio and Television in New York and attended specialized studies at the Columbia Theater Wing. Bailey was later offered a position at the Moulin Rouge Hotel and Casino in Las Vegas as a co-producer and Master of Ceremonies, eventually landing him a job as the host of a variety show called Talk of the Town on CBS affiliate, KLAS Channel 8. Talk of the Town was the first show in the nation to be entirely produced, starred in, and directed by black talent; he was the producer and director of the show. From 1965 to 1971, Bailey was a newscaster and variety show host for ABC affiliate, Channel 13 in Las Vegas.

Bailey became known as a civil rights pioneer in Las Vegas entertainment and broadcasting due to his role in the desegregation of the State of Nevada his night club, Sugar Hill, and other businesses employed over 100 African Americans. Bailey later began Manpower Services, which trained 1,000 African Americans to work in gaming and related businesses.

In 1989, Bailey became national deputy director of the Minority Business Development Agency, U.S. Department of Commerce. Bailey was a member of the first graduating class of the Institute of Minority Business Education at Howard University School of Business; he was an outspoken advocate for minority small business and self-sufficiency for nearly a half century. In 2006, a middle school in Las Vegas was named after Bailey for his contributions to community building and education both in the state of Nevada, and nationwide.

See how William "Bob" Bailey is related to other HistoryMakers
Click Here To Explore The Archive Today! 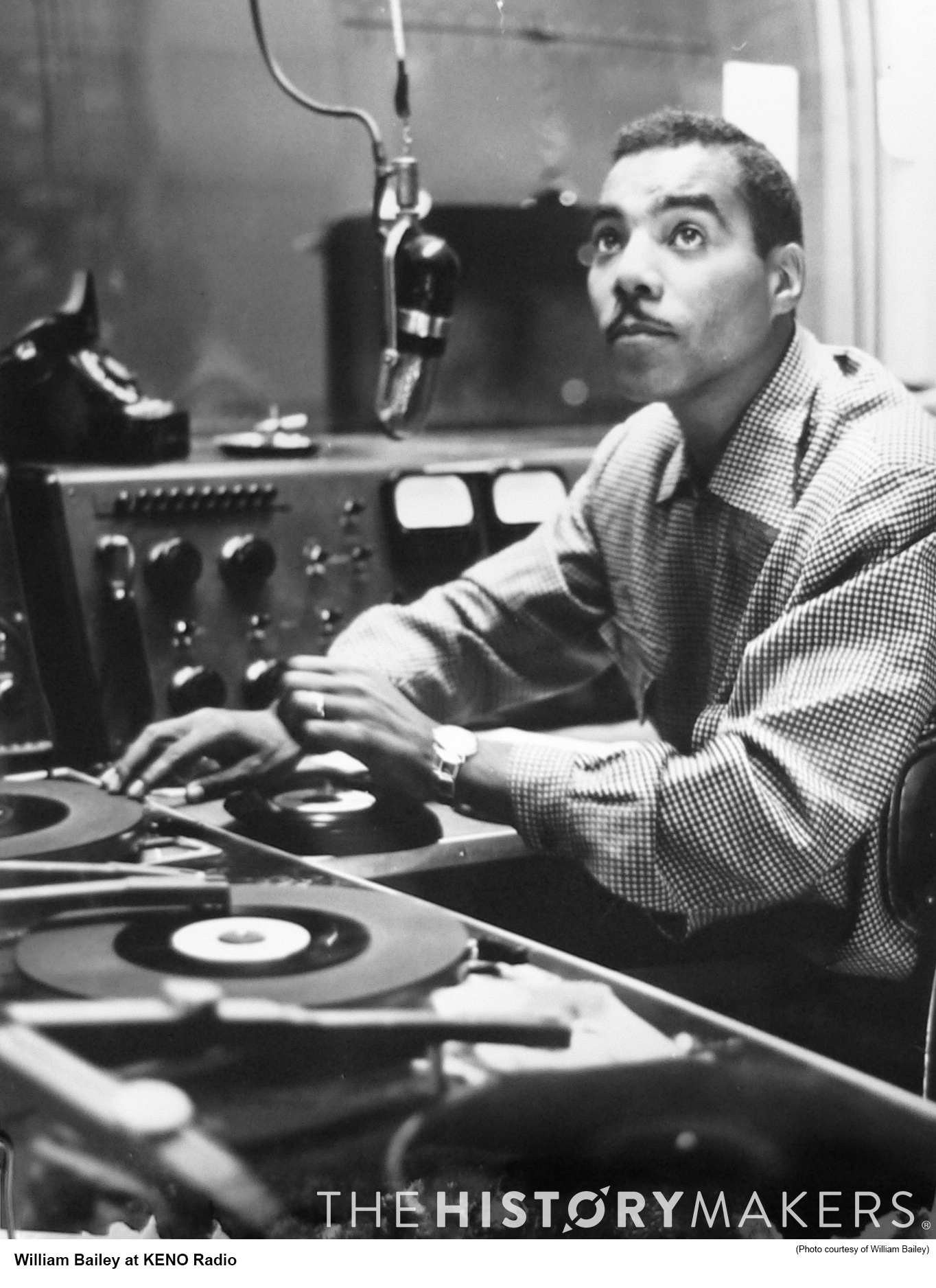 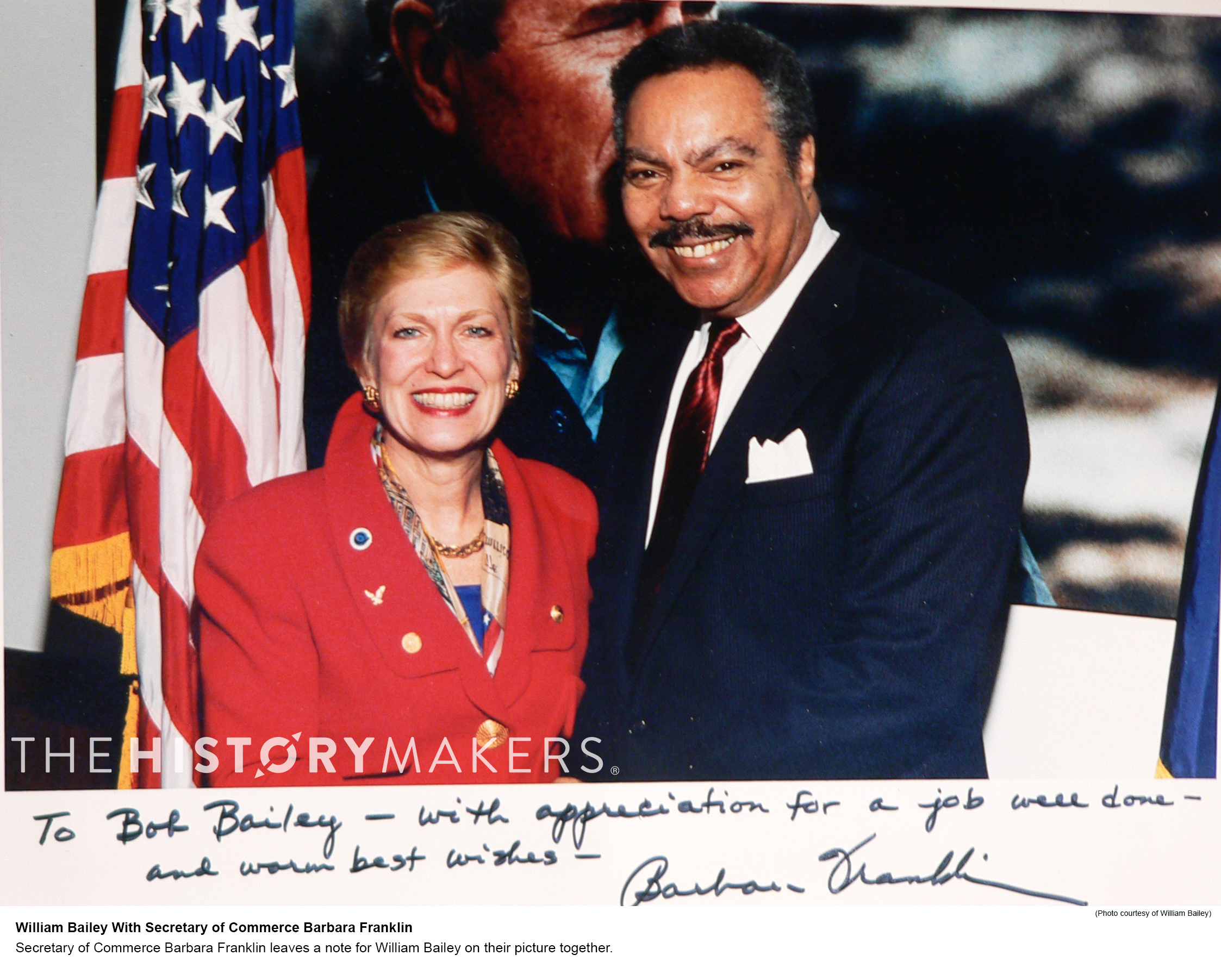