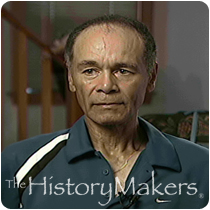 See how William Baxter is related to other HistoryMakers
Donate Now

Baxter has worked as one out of approximately twelve African American officials in the New York-New Jersey region. He is also one of the first African Americans to become a basketball official for major college games. Baxter officiated at major annual tournaments for the NCAA. At the same time, Baxter served as Director of Recreation for the Department of Parks and Recreation in the Bronx, New York for thirty-seven years. In 2000, Baxter retired as an ECAC official, but continued to serve as a referee at the high school and junior college levels.

Baxter is married to Thelma Baxter. They reside in Englewood, New Jersey. They have two daughters, Dana and Dawn.

See how William Baxter is related to other HistoryMakers
Donate Now
Click Here To Explore The Archive Today!