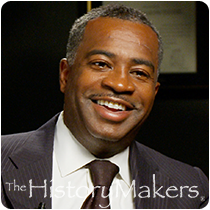 Media entrepreneur William Griffin was born on November 25, 1970 in Austin, Texas. Griffin received his B.A. degree from Dartmouth College, where he was a member of the college’s top-ranked debate team and editor-in-chief of the Black Praxis. Griffin then received his J.D. degree from Harvard Law School and authored the Harvard Report on Urban Music. He also completed the Entrepreneurship Curriculum at Harvard Business School and served as director of the Harvard Consultation Project.

Griffin began his professional career as a financial analyst in the Structured Finance Group at Goldman, Sachs & Company. He subsequently worked in the Entertainment and Media Practice Group of McKinsey & Company and then joined News Corp/Fox Entertainment Group, where he was director of the eDirect initiative. In 2000, Griffin was hired as general manager and executive vice president of business development for eUniverse Network, where, in two quarters, he developed and implemented the turnaround strategy that led to profitability for the industry's largest digital entertainment company. Then, after producing films with Reuben Cannon and Bishop T.D. Jakes, Griffin was named president and chief operating officer of Simmons Lathan Media Group, a film and television production and acquisitions company that develops and distributes urban content across a variety of media platforms. In 2005, he founded, in partnership with Russell Simmons and Stan Lathan, Def on Demand (later named Hip Hop On Demand) on Comcast, the industry's only African American owned Video-on-demand channel, where he serves as chairman and chief executive officer.

Will Griffin was interviewed by The HistoryMakers on May 9, 2014.