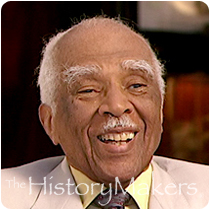 See how Wesley South is related to other HistoryMakers
Donate Now

Radio personality Wesley South was born to Dr. Elijah and Mayme South on March 23, 1914, in Muskogee, Oklahoma. The family moved to Chicago, Illinois in 1924. South was educated in the Chicago public school system, graduating from Englewood High School.

During World War II, South served two years in the U.S. Army. After leaving the service, he enrolled at Northwestern University's Medill School of Journalism. In 1951, he was hired by the Chicago Defender. In December of that year, he joined the editorial staff of Johnson Publishing Company, where he worked for nearly six years.

While working as a columnist doing public relations work for the NAACP in 1961, South was approached by a local radio executive who was afraid of being penalized by the Federation Communications Commission (FCC) for not having any African Americans on the air. The station executive asked South to host his own show. Then, in 1962, Leonard and Phil Chess of Chess Records bought the station and changed the call letters to WVON. Two years later, Wesley South's Hot Line began its sixteen-year run on WVON Radio. During that time, South interviewed such luminaries as Presidents John F. Kennedy and Jimmy Carter; jazz great, Duke Ellington; baseball pioneer, Jackie Robinson; and civil rights leader Dr. Martin Luther King, Jr. He became part owner of WVON Radio in 1979 and stayed in this capacity until the partnership dissolved.

See how Wesley South is related to other HistoryMakers
Donate Now
Click Here To Explore The Archive Today! 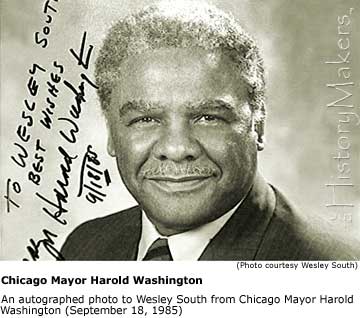 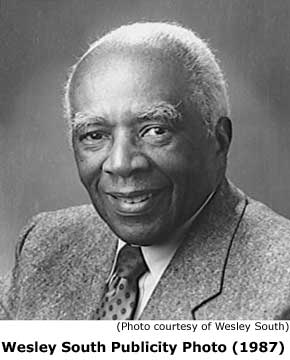