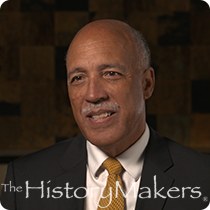 See how Wes Coleman is related to other HistoryMakers
Donate Now

Entrepreneur Wes Coleman was born on March 12, 1950 in Halifax, Virginia to Bessie Bowman Coleman and Nathanial Wyatt Coleman. He earned his B.S. degree in business management from Hampton University in Hampton, Virginia in 1971, and his M.B.A. degree from the University of Pittsburgh Katz Graduate School of Business in Pittsburgh, Pennsylvania in 1972.

In 1981, Coleman began working as a manager of compensation and benefits at S.C. Johnson. In 1989, he was transferred to London, United Kingdom as the regional human resources director of Southern Europe; he also had responsibilities in the Africa and Middle-Eastern divisions and a manufacturing plant in Holland. In 1993, Coleman was given a two-year assignment as the assistant to the president and chief executive officer of the company, William George. Coleman was then promoted in 1995 to the position of vice president of human resources for Asia-Pacific and North America, as the first African American to hold that position. Coleman remained at S.C. Johnson for over twenty years and in 2002, he was hired as vice president of global human resources for Nike, Inc. He then became executive vice president and chief resources officer at the Walt Disney Company in 2006, and served until he retired in 2008.

After retiring in 2008, Coleman was active in his community through different organizations. In 2016, he became the Grand Sire Archon of the Sigma Pi Phi fraternity. Coleman was also a member of INROADS, SMART (Start Making a Reader Today), and SEI (Self-Enhancing Inc.), the United Negro College Fund, and the Milwaukee Art Museum. He also sat on the presidential advisory council for Hampton University and served as chairman of the board of trustees for, Hampton University, and on Pasadena’s Art Center College of Design. Coleman is a Life Member of the NAACP, Omega Psi Phi Fraternity and a member of the National Association of Guardsmen.

Coleman was recognized for his contributions to the community as well. During his time with S.C. Johnson, he was the recipient of the H.F. Johnson Community Service Award.

Wes Coleman was interviewed by The HistoryMakers on July 18, 2017.

See how Wes Coleman is related to other HistoryMakers
Donate Now