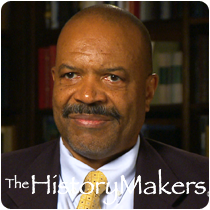 See how Wendell Hill is related to other HistoryMakers

Physicist and Professor Wendell T. Hill, III was born in 1952 in Berkeley, California to Wendell Hill, Jr. and Marcella Washington Hill, who met at Drake University in the 1940s. In the 1960s his father was the Chief Pharmacist at in the Orange County Medical Center, now the University of California Irvine Medical Center, and finished his career as the dean of Howard University’s College of Pharmacy in the 1990s. Hill III’s mother was a mathematics teacher who finished her career at the University of the District of Columbia. Hill III graduated from Villa Park High School in Orange, CA in 1970. He earned physics degrees from the University of California, Irvine (B.A., 1974) and Stanford University (Ph.D., 1980), where he was an IBM pre-doctoral fellow.

Hill was a National Research Council postdoctoral fellow at the National Bureau of Standards, now the National Institute of Standards & Technology (NIST) from 1980 to 1982, after which he joined the faculty of the Institute for Physical Science and Technology (IPST) at the University of Maryland. In 1985 Hill was awarded a National Science Foundation (NSF) Presidential Young Investigator Award, now known as a Presidential Early Career Award. Holding appointments in Physics and the Institute for Physical Science and Technology, Hill became a full professor in 1996 and a Fellow of the Joint Quantum Institute in 2006. Hill has guest-worker status at NIST and Lawrence Livermore National Lab and has held visiting positions at the Université de Paris, Orsay in France, the Instituto Venezalano de Investigaciones (Venezuela) and JILA (University of Colorado). He directed the Laboratory for Atomic, Molecular & Optical Science, and Engineering at the University of Maryland between 1999 and 2002 and was the Program Director of the Atomic, Molecular and Optical (AMO) Physics program at NSF from 2010 to 2012.

Hill is a fellow of the American Physical Society (APS) and the National Society of Black Physicists (NSBP) as well as an active member of the Optical Society of America (OSA). He has served on numerous society committees including the APS Council and Executive Board, the APS Division of Laser Science executive committee, and the OSA Technical Council; he has chaired the National Academy of Science’s Committee on AMO Science along with several program and award committees. His interest in improving the diversity in physics has him serving on the National Advisory Board of the APS Minority Bridge Program; the goal of the program is to increase significantly the number of “underrepresented minorities” earning a physics Ph.D. over the next decade.

Professor Hill and Patricia, his wife, live in Maryland and have three children, Nayo, Eshe and Safiya.

Professor Wendell T. Hill, III was interviewed by The HistoryMakers on September 12, 2012.

See how Wendell Hill is related to other HistoryMakers
Click Here To Explore The Archive Today!