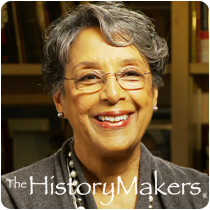 Civic leader Wenda Weekes Moore was born in Boston, Massachusetts on December 24, 1941 to Sylvia Means Weekes and obstetrician-gynecologist Leroy Randolph Weekes. Moore grew up in Los Angeles, California and graduated from Los Angeles High School. She attended Howard University, the alma mater of both her parents, and earned her B.A. degree in political science in 1963.

In 1973, Moore was appointed by Governor Wendell Anderson to the University of Minnesota Board of Regents and became the first African American chairperson of the board, a position she held from 1975 to 1982. She joined the staff of Governor Wendell Anderson as an assistant in 1976. In 1979, Moore led the University of Minnesota's first educational exchange delegation to the People's Republic of China. She was appointed by President Jimmy Carter to the Board of Advisors at the United States Department of Education in 1980. Moore then joined the W.K. Kellogg Foundation in 1989, where she became chair of the Board of Trustees in 2001. The Patino Moore Legacy Award was established to honor Moore's leadership in the fields of higher education and public service in 2011. She has served as a visiting scholar at the Clinton School's Center on Community Philanthropy.

Moore is on the board of directors of several organizations including the Association of Black Foundation Executives, the Council on Foundations, Greywolf Press, Minneapolis Council on Churches, Ms. Foundation for Women and Women's Funding Network. She has served on the Federal District Judge Selection Commission, the National Committee on Presidential Selection and the Board of Advisors to the General Medical College. She has received the Legacy Award from the Pan African Community Endowment. Moore is married to Cornell Leverette Moore and they have three children, Lynne, Jonathon, and Meredith.

Wenda Weekes Moore was interviewed by The HistoryMakers on 01/15/2012.

See how Wenda Weekes Moore is related to other HistoryMakers
Donate Now
Click Here To Explore The Archive Today!