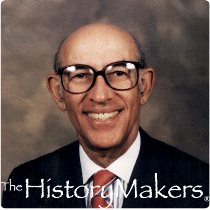 World-renowned scientist and educator Welton I. Taylor was born in Birmingham, Alabama, on November 12, 1919. His family moved to Chicago’s Bronzeville neighborhood shortly thereafter where Taylor attended DuSable High School, graduating as Class Valedictorian in 1937. Impressed by Taylor’s performance at DuSable, local African American businessmen from the Kappa Alpha Psi fraternity sponsored his undergraduate education in bacteriology at the University of Illinois in Champaign-Urbana for all four years. Taylor graduated in 1941 with a B.S. in Bacteriology and a commission as a 2nd Lieutenant in the U.S. Army Field Artillery. He deployed to the South Pacific as a Liaison Pilot in the 93rd Infantry Division, the first all-African American division to enter combat in World War II. At war’s end, Taylor returned to his alma mater to earn M.A. and Ph.D. degrees in bacteriology on the G.I. Bill.

In 1948, Taylor joined the faculty of the University of Illinois’ College of Medicine and immediately began research on the treatment of gas gangrene and tetanus—two infections plaguing victims of World War II. His discovery that both infections could be controlled by antibiotics found in any local pharmacy was lauded by the Annals of Surgery and the Journal of the American Medical Association (JAMA) and the New York State Department of Civil Defense incorporated his recommendations into their civil defense plans for the state.

In 1954, the Chicago meatpacking firm Swift & Company recruited Taylor to tackle an outbreak of salmonella poisoning in baby food. Taylor not only solved the problem, he standardized his successful approach and disseminated his methodology to microbiology labs worldwide. Taylor became Microbiologist-in-Chief at Chicago’s Children’s Memorial Hospital in 1959 and in 1961, he was granted a Special Research Fellowship by the National Institutes of Health (NIH-NAIAD) to help British and French scientists eradicate salmonella poisoning in their countries’ imported meats. He returned to Children’s Memorial in 1962 and soon developed new methods of bacterial detection that the U.S. Food and Drug Administration and similar agencies around the world rely on today to declare foods salmonella-free. In 1985, the Centers for Disease Control and Prevention (CDC) in Atlanta recognized Taylor for this work, naming a new bacterium, Enterobacter taylorae, in honor of Taylor and a British colleague. Welton Taylor is the first African American to be so honored.

A staunch civil rights activist and community leader, Taylor was one of the first African Americans to integrate Chicago’s Chatham neighborhood where he served as President of the Chatham Avalon Park Community Council, founded the Episcopal Society for Cultural and Racial Unity, and received the Brotherhood Award of the National Conference of Christians and Jews for his efforts. He received alumni achievement awards from both the University of Illinois and DuSable High School and received the Congressional Gold Medal awarded to the Tuskegee Airmen in 2007. In May of 2016, Dr. Taylor will be inducted into the National Inventors’ Hall of Fame, joining the ranks of inventors Thomas Edison, Eli Whitney, George Washington Carver, Percy Julian, Orville Wright, Steve Jobs, and over 500 others whose inventions have “benefitted humanity.”

Taylor married Jayne Rowena Kemp in 1945 and enjoyed 59 years of marriage until Jayne’s death in 2005. The couple raised two daughters, Karyn and Shelley, a Trial Consultant and Educator, respectively.