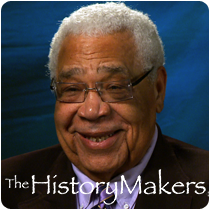 Basketball team manager and basketball player Wayne Richard Embry was born on March 26, 1937 in Springfield, Ohio. After graduating from Tecumseh High School, Embry attended Miami University and graduated in 1958 with his B.S. degree in education. While there, he was a star basketball player in the National Collegiate Athletic Association.

In 1958, Embry was drafted by the St. Louis Hawks in the third round of the National Basketball Association (NBA) player draft. Embry went on to play in the NBA from 1959 to 1969 for several successful franchises, including the Cincinnati Royals and the Milwaukee Bucks. He played with NBA Hall of Fame inductee Bill Russell and contributed significantly to the Boston Celtics team that won the 1968 NBA Championship. In 1972, Embry was named general manager of the Milwaukee Bucks and became the first African American general manager in NBA league history, as well as the first black general manager of a major U.S. team sport. From 1985 to 1992, Embry served as vice president and general manager of the Cleveland Cavaliers. He went on to become the first African American NBA team president with the Cavaliers in 1994. Under the guidance of Embry, the Cleveland Cavaliers averaged forty-five wins and had nine playoff appearances over twelve seasons. Embry was appointed senior basketball advisor to the general manager for the Toronto Raptors in 2004, and then became the senior advisor to the president one year later. On January 26, 2006, Embry was named interim general manager for the Raptors.

Embry and his wife, Terri Embry, live in Scottsdale, Arizona. They have three children: Debbie, Jull, and Wayne, Jr.