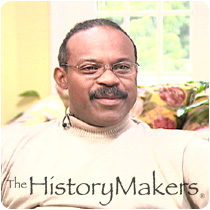 See how Wayne Curry is related to other HistoryMakers
Donate Now

Wayne Keith Curry was born on January 6, 1951, in Brooklyn, New York; his father was a teacher and his mother was a homemaker and later a secretary. Curry grew up in Cheverly, Maryland, a bedroom community outside of Washington, D.C., where his family helped to integrate the neighborhood in the 1950s. He and his older brother also integrated the schools, being the first blacks to attend Cheverly-Tuxedo Elementary in 1959; he earned his high school diploma from Bladensburg High School in 1968.

In 1972, Curry earned his B.A. degree in psychology from Western Maryland College, where he was president of the freshman class. Following graduation, he worked as a teacher and director of the Child Daycare Center of Prince George’s County. In 1974, Curry took a hiatus from the professional arena and traveled across America; during his trip he earned money working at truck stops and slept at campsites throughout the country.

From 1975 until 1980, Curry worked in the Winfield Kelly administration. Kelly was the executive for Prince George’s County from 1974 until 1978. Curry’s career began as a staffer responsible for writing constituent reply mail; he later went on to serve as community affairs assistant, administrative assistant to the county’s chief administrative officer and senior assistant to the executive. While working for Kelly, Curry also attended law school at night, earning his law degree from the University of Maryland in 1980. From 1980 until 1983, he worked as a real estate and development lawyer for the Michael Companies. In 1984, Curry started his own law practice and became a well-known, successful corporate attorney.

In 1994, Curry returned to the county executive’s office and made history when he became the first African American to serve in that office. Curry served two terms as Prince George’s County Executive. Curry continued to practice law in the county throughout this time, and long after.

See how Wayne Curry is related to other HistoryMakers
Donate Now
Click Here To Explore The Archive Today!