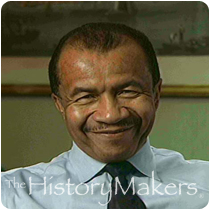 "Always Be On The Look Out For Opportunity. Don't Turn A Deft Ear Or A Blind Eye To It."

Following his law school graduation, Budd served as Assistant Corporation Counsel for the City of Boston from 1968 to 1969. During that same time period, he developed a private law practice.

Appointed by President George H.W. Bush in 1992, Budd served as Associate Attorney General of the United States. He oversaw the Civil Rights, Environmental, Tax, Civil and Anti-Trust Divisions at the Department of Justice, as well as the Bureau of Prisons. From 1989 to 1992, he worked as the United States Attorney for the District of Massachusetts, serving as the state’s chief federal prosecutor and representing the federal government in all matters involving civil litigation. During this time, he was recognized for his efforts in combating drugs, street crime and gang violence. Budd also served as a member of the U.S. Sentencing Commission, appointed to that position in 1994 by President Bill Clinton.

Budd is currently senior counsel in the law firm Goodwin Proctor in Boston, Massachusetts, where he specializes in business and commercial litigation. Budd had previously been a senior partner at Goodwin Proctor from 1993 to 1996.

Prior to rejoining Goodwin Proctor in 2004, Budd served as Senior Executive Vice President and General Counsel at John Hancock Financial Services, where he was responsible for directing all of the company’s legal activities as well as overseeing the compliance, human resources, governmental affairs and community relations. Before joining Hancock, Budd was Group President-New England at Bell Atlantic Corporation (now Verizon Communications) where he was responsible for policy, regulatory and legislative functions for the New England states served by Bell Atlantic.

Budd has served numerous government, public service, educational and business entities including serving as Commissioner and Chairman of the Massachusetts Civil Service Commission (1972 – 1989); as a Trustee of Boston College (1980 - 1997); as Director (former ViceChair) of the Greater Boston Chamber of Commerce; and as a member of the National Board of the American Automobile Association.

Budd was interviewed by The HistoryMakers on April 5, 2006.