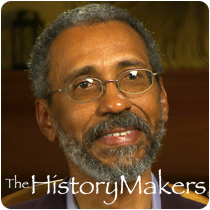 Favorite Color:
Purple
Favorite Food:
Steak
Favorite Time of Year:
Summer
Favorite Vacation Spot:
Hawaii
Favorite Quote:
Do unto others as you would have them do unto you.

Favorite Color:
Purple
Favorite Food:
Steak
Favorite Time of Year:
Summer
Favorite Vacation Spot:
Hawaii
Favorite Quote:
Do unto others as you would have them do unto you.

See how Wayne Bowen is related to other HistoryMakers

Biology and Pharmacology Professor Wayne Darrell Bowen was born to (mother) and (father) in 1952. As a child, Bowen knew early on that he was interested in pursuing a career in science, and indeed, he went on to earn his B.S. degree in Chemistry from Morgan State College, in Baltimore, Maryland, in 1974. Bowen then pursued a graduate degree with a major in biochemistry and a minor in neuropharmacology, graduating from Cornell University with his Ph.D. degree after completing a thesis on the biochemical process of cholesterol synthesis.
Bowen went on to do his postdoctoral work from 1980 to 1983 at the National Institute of Mental Health (NIMH), a research institute of the National Institutes of Health (NIH) located in Bethesda, Maryland, where his work centered on opiate receptor biochemistry. From 1983 to 1991 Bowen taught courses in endocrinology, introductory biology, and biochemistry at Brown University as an Assistant Professor of Biology. During his time at Brown, Bowen also founded the macromolecular biochemistry facility on campus, which provided campus and surrounding medical facilities with synthetic peptide compounds.
From 1991 until 2004, Bowen served as tenured chief of the Unit on Receptor Biochemistry and Pharmacology at the National Institute of Diabetes and Digestive and Kidney Diseases in Bethesda, Maryland, working in the Drug Design and Synthesis Section of the Laboratory of Medicinal Chemistry. During his time as Chief, Bowen continued to lecture for undergraduate students at Brown University, serving as both Adjunct Professor of Molecular Biology, Cell Biology, and Biochemistry as well as Adjunct Professor of Neuroscience. During a corresponding period, from 1999 to 2004, Bowen also chaired the Department of Pharmacology and Toxicology of the NIH Foundation for Advanced Education in the Sciences Graduate School.
In 2004, Bowen returned to the task of educating future scientists as a full-time Professor of Biology at Brown University, teaching in the Department of Molecular Pharmacology, Physiology, and Biotechnology. Bowen was then appointed Chair of his department in 2007. His research at Brown focuses on the potential for developing new treatments for disease through the understanding of sigma receptors, specifically treatment for neurological disorders and cancer.
Bowen has served as President of the Black Scientists Association at the National Institutes of Health (NIH) in 2001and is a member of the Society for Neuroscience, the American Association for Cancer Research, and the International Brain Research Organization/World Federation of Neuroscientists. He has also received a Certificate of Appreciation from the Student and Teacher Internship Program at the Howard Hughes Medical Institute and NIH as well as an Award of Appreciation from the Science and Engineering Fair at Morgan State University. In addition, he was also awarded a Certificate of Recognition from the NIH Speakers Bureau and a Special Recognition Award from the Undergraduate Scholarship Program at NIH, as well as numerous research grants.

See how Wayne Bowen is related to other HistoryMakers
Click Here To Explore The Archive Today!